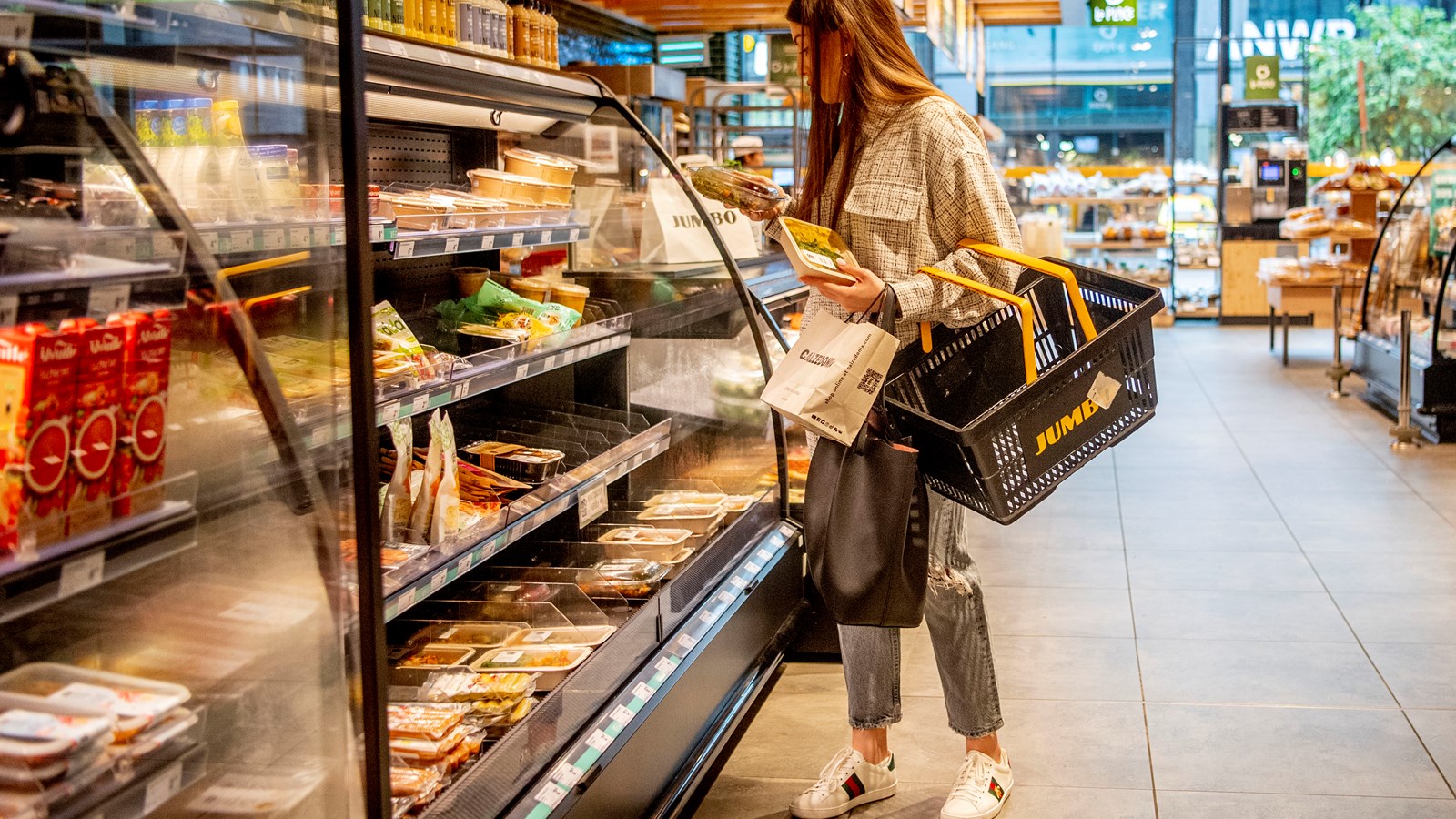 Under the new strategy adopted this summer, the European Central Bank (ECB) wants to put an end to the confusion surrounding its inflation target. The ECB has raised its inflation target to 2% from the previous ‘below, but close to, 2%’. The 2% target is symmetric, meaning that negative and positive deviations of inflation from this target are equally undesirable. Interest rates will only be raised if there is a sufficient degree of confidence that inflation will reach 2% on a durable basis.

Since 2003, the ECB's inflation target has been below, but close to, 2% over the medium term. This target rate of inflation was based on two components: a price stability definition (between 0% and 2%), and an inflation aim within this definition (below, but close to 2%; see figure 1). Under the new strategy, these two components have been combined into a single inflation target of 2% in the medium term. The new target is therefore clearer and provides a strong anchor for inflation expectations; there is no longer any ambiguity about the exact meaning of “close to”. At the same time, the ECB remains primarily focussed on inflation over the “medium term” instead of on short run inflation dynamics. In the short term, deviations are inevitable, for example in the case of economic shocks. Moreover, the real economy (i.e. companies and households) does not react immediately to changes in monetary policy. Acknowledging that inflation can temporarily and moderately deviate from the target is therefore a key part of the new strategy. In terms of monetary policy, the medium-term orientation provides flexibility to take into account the reasons behind deviations from the target rate of inflation, and the possible side-effects of monetary policy.

Figure 1: The inflation target under the ECB’s prior and current monetary policy strategy

Note: The previous strategy involved a price stability definition and an inflation target within this definition, whereas the new strategy simply sets out a symmetric inflation target of 2% in which positive and negative deviations are considered equally undesirable.

The new target is symmetric

The previous target was set at a time when the chief concern was high inflation. As a result, the price stability definition (0%-2%), inadvertently gave the impression that the ECB wanted to avoid inflation above 2%, but that inflation of 0% was acceptable. However, recent experience has shown that not only inflation that is too high, but also inflation that is too low can have negative effects. These include the risk of deflation and the need for unconventional monetary policy measures.

The new inflation target is therefore not only slightly higher than the previous one, but also explicitly symmetric. A symmetric target means that both positive and negative deviations from this targeted rate of inflation are equally undesirable, and in both cases call for a monetary policy response. In setting a symmetric target, the ECB takes into account the implications of the effective lower bound of its own key policy rate. The fact that the policy rates cannot stray too far into negative territory, while there is theoretically no bound to how high the ECB can raise it, constitutes a one-sided limitation. In a deep crisis where recovery is slow,  this could lead to persistently low inflation, resulting in inflation expectations being anchored significantly below 2%. To avoid this, stronger and prolonged accommodative monetary policy is needed when key policy rates are close to the effective lower bound.

Central banks use forward guidance to help shape expectations about future monetary policy developments by explaining what monetary policy is deemed appropriate given a certain inflation outlook. Forward guidance can be partially based on central banks’ own economic forecasts. This helps to ensure that market expectations about interest rates are aligned with the economic environment. To emphasise the new inflation target, the Governing Council of the ECB adjusted its forward guidance on expected policy rates in July: “In support of its symmetric two per cent inflation target […] the Governing Council expects the key ECB interest rates to remain at their present or lower levels until it sees inflation reaching two per cent well ahead of the end of its projection horizon and durably for the rest of the projection horizon”.  In other words: the ECB will raise interest rates only when it expects inflation to reach 2% in the near term and to stay around this level in following years.

To support this projection, core inflation (i.e. inflation excluding volatile items such as oil prices) should also move clearly in the direction of 2%.

The ECB's new forward guidance confirms its commitment to 2% inflation. As a result of the chosen approach, there is a chance that inflation will temporarily and moderately overshoot the target. This is not an aim in itself, but a consequence of the fact that after a decade of excessively low inflation, the ECB wants to ensure the inflation target has been reached before raising interest rates again. In this case the ECB does not go as far as the central bank of the United States (the Federal Reserve),  which actively tries to compensate for periods of low inflation by encouraging periods of higher inflation.

New forward guidance does not necessarily equal ‘lower for longer’

The new forward guidance does not automatically imply that the interest rates will remain lower over a longer horizon. This is because forward guidance works via two opposing mechanisms. On the one hand, forward guidance indicates that in the event of unchanging economic circumstances, monetary policy will remain loose for longer,  resulting in more accommodative financial conditions. On the other hand, expectations of looser monetary policy and a consequent rapid pick-up in the economy may lead to a stronger recovery. This could occur for example, if the prospect of loose monetary policy makes companies more inclined to invest. In such a scenario, interest rates do not have to remain as low as initially foreseen.

This article is the first in a short series of DNBulletins about the ECB's strategy review. Forthcoming DNBulletins will address the inclusion of the costs of owner occupied housing in the measure of inflation, the analytical framework that forms the basis for the ECB's monetary policy, and how climate considerations are reflected in monetary policy.

*The slightly higher inflation target is offset by the fact that the ECB's measure of inflation will more accurately reflect the costs of home ownership. This is expected to lead to a slight rise in average inflation. The next bulletin in this series on the ECB's strategy review will look at this in greater detail.