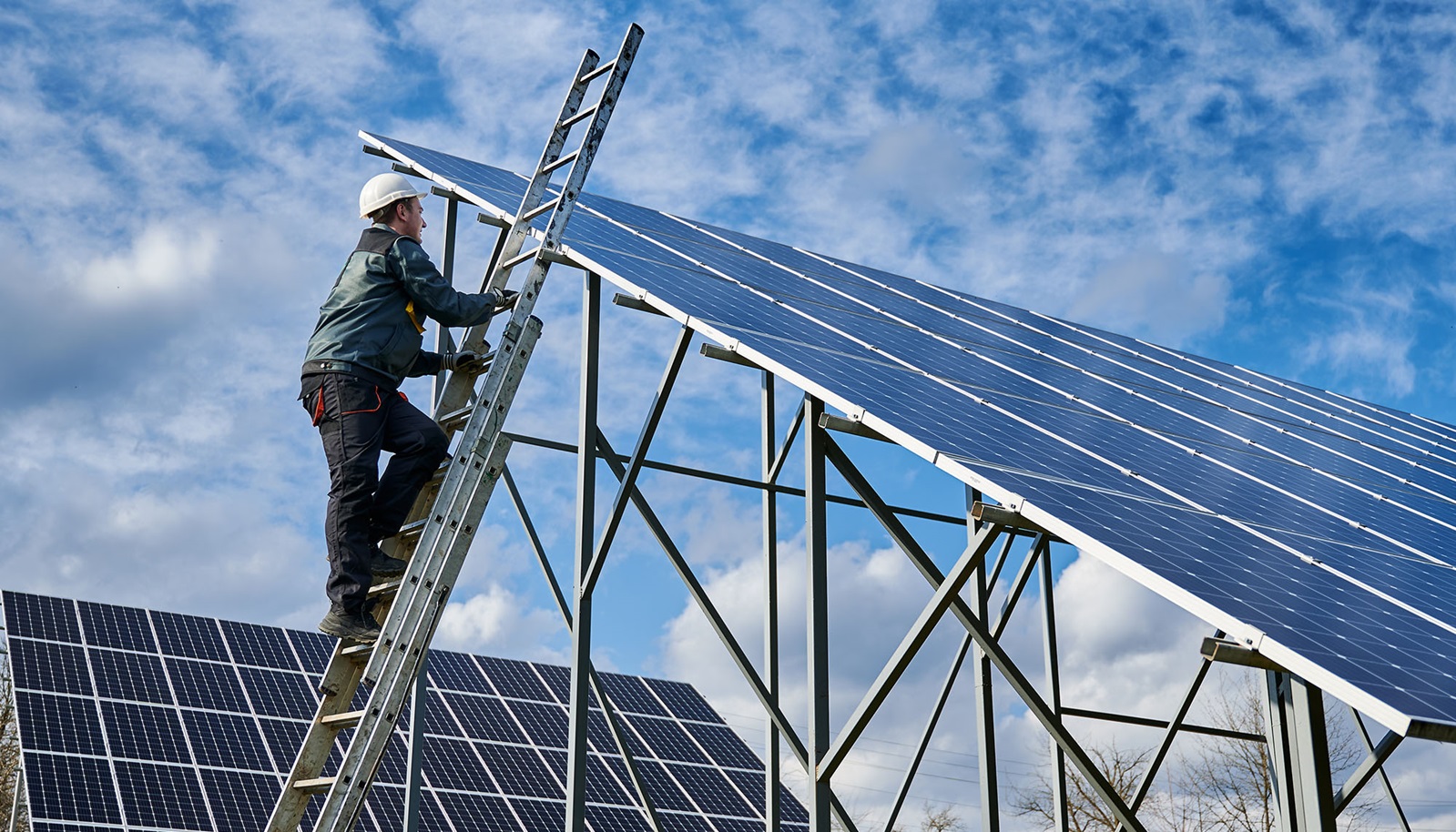 In order to gain a proper understanding of the climate impact of the investments of financial institutions, it is important to consider inflation and exchange rate fluctuations. When one of the main indicators of climate impact is adjusted for these effects, the reduction in the relative CO2 emissions of the investment portfolios of Dutch insurers and pension funds for the period 2012-2019 is no less than a third lower than without adjustments for these effects. These findings follow from a study conducted by De Nederlandsche Bank (DNB).

Dutch insurers and pension funds, through their investment choices, can play an important role in making the economy more sustainable. The transition to a carbon-neutral economy can also lead to transition risks for financial institutions. Due to climate policy, technological developments and changing consumer preferences, loans to and investments in sectors and companies that emit high levels of CO2 or other greenhouse gases may lose value much faster than expected. At the same time, the financial sector, through its investment choices, can contribute to the availability of sufficient capital for the investments needed to achieve the objectives of the Paris Climate Agreement. The investment portfolios of Dutch pension funds and insurers account for EUR 1,554 billion and EUR 515 billion respectively, i.e. 191% and 63% of Dutch GDP (based on 2019).

Indicators of relative CO2 emissions are often used to determine whether the financial sector contributes to the objectives of the Paris Climate Agreement through its investments and the extent to which institutions face climate-related transition risks. Unlike indicators of absolute CO2 emissions, which measure actual emissions, relative CO2 indicators – such as the Weighted Average Carbon Intensity (WACI) – weight the emissions according to revenue, i.e. ‘tonnes of CO2 equivalents/EUR million revenue’. By relating emissions to revenue, the economic value that a business produces is linked to the climate impact it causes. This allows for a better comparison of the investment portfolios of various financial institutions. But the weighting according to revenue also means that inflation and exchange rate fluctuations may impact the figures. For instance, inflation has an upward effect on revenue, which consequently leads to a downward impact on the indicator of relative CO2 emissions. And if an investment portfolio contains assets denominated in several currencies, the exchange rate fluctuations may – depending on their direction – have a downward or an upward effect on relative CO2 indicators, even without an actual change in CO2 emissions.

DNB's study looked at the WACI for the portfolios of listed equities and corporate bonds of Dutch pension funds and insurers, including investments through Dutch investment funds. The WACI for Dutch pension funds unadjusted for inflation or exchange rate fluctuations decreased by 34.5%, while the adjusted WACI fell by only 24.1% in the period 2012-2019 (see Figure 1). For insurers, the unadjusted decrease is 31.0% and the adjusted decrease is 23.7%. For the adjusted WACI, all monetary variables have been deflated to 2012 as a base year and a constant 2012 exchange rate has been used to convert investments to euro amounts. As pension funds invest largely in assets denominated in US dollars, the differences here are mainly explained by the exchange rate fluctuations between the US dollar and the euro. Insurers invest largely in euro-denominated assets, which means that the exchange rate effects are less pronounced and the differences can be attributed mainly to the inflation correction. Similar results are found for other relative CO2 indicators. 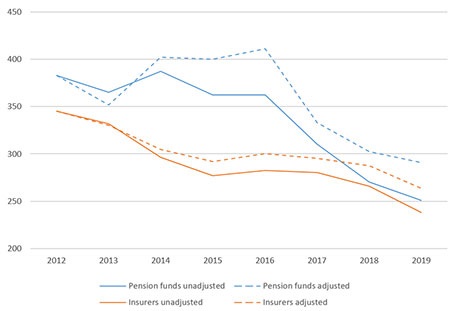 To measure is to know

International fora, such as the Network for Greening the Financial System (NGFS), and the European Central Bank (ECB) therefore commit themselves to attaining robust and internationally comparable figures to achieve higher-quality sustainability assessments of investment portfolios. Besides inflation and exchange rate effects, as shown in this study, there are more issues that have to be investigated, such as the quality of the – often commercial – sources that collect data on carbon footprints, the methodologies used to prepare estimates for companies for which no emission data are available, and better (output) indicators than revenue to use in relative carbon footprint comparisons. In cooperation with our international partners, we will continue our research efforts to achieve robust and internationally comparable metrics.