Measuring the state of the economy using words from newspapers 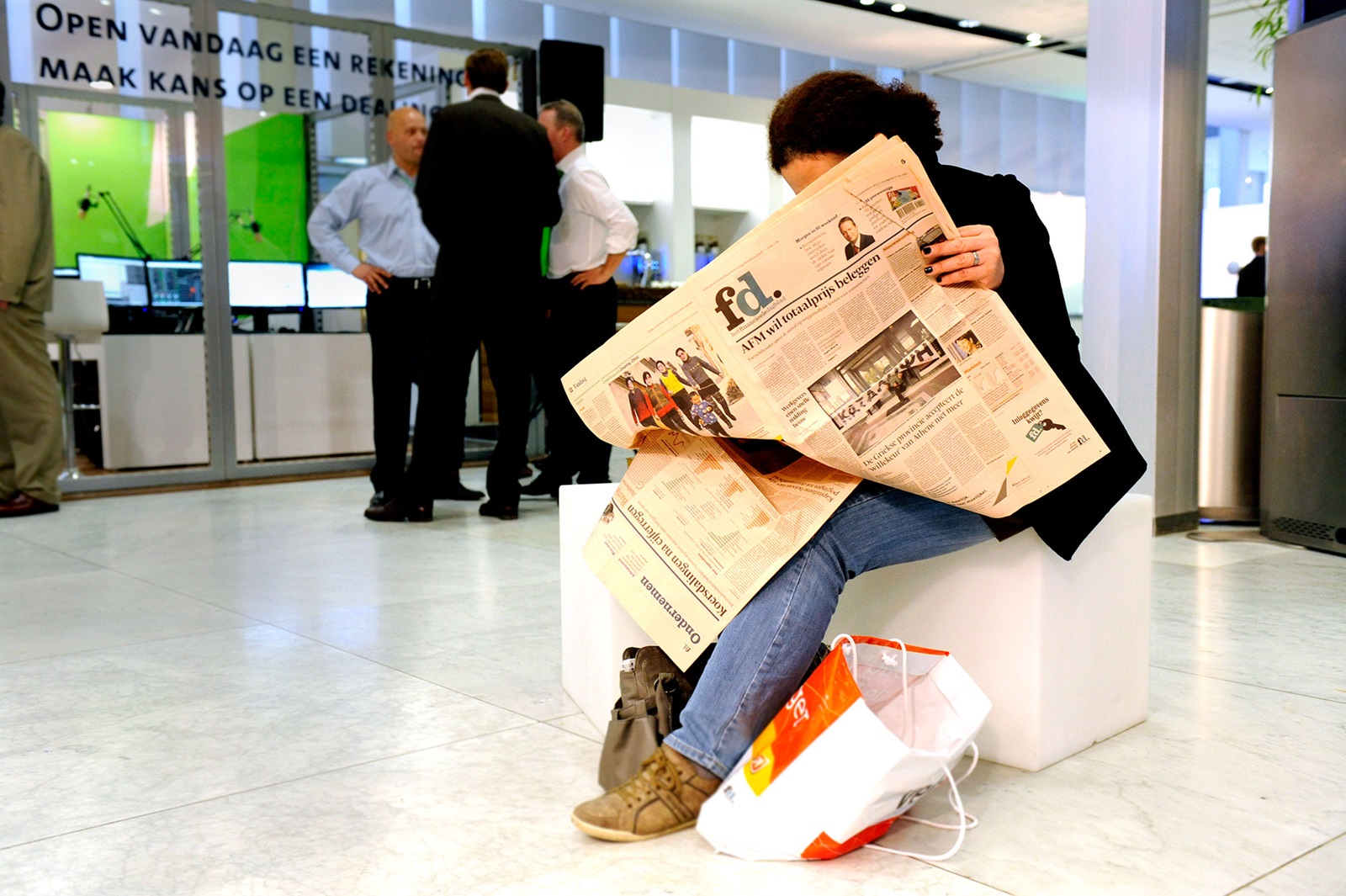 An indicator that looks at positive and negative words in newspaper articles can be used to considerably improve the accuracy of short-term economic growth estimates. The almost ever-present prediction error in short-term forecasts can be reduced by 10% to 15% with the help of a sentiment indicator. These figures were revealed in a study conducted by De Nederlandsche Bank (DNB).

DNB researchers have developed a sentiment indicator that tracks the state of the economy based on approximately 1 million newspaper articles taken from Dutch financial daily newspaper Het Financieele Dagblad from 1985 to 2020. The indicator leads to a better understanding of the state of the economy, and a more accurate prediction of the growth of gross domestic product (GDP) in the short term.

In order to interpret the dynamics of the sentiment indicator, the newspaper texts are divided into the following four main topics: "economy", "politics", "business" and "financial markets". This can be done by identifying certain key words which are relevant for each main topic. For example, for the main topic of "politics" it is "government", and for "economy" it is "inflation".

Figure 2 shows the breakdown of the sentiment indicator into the four main topics. The figure also offers various episodes. For example, the negative sentiment surrounding the COVID-19 period from March 2020 onwards is strongly and directly visible in every main topic. This reflects the picture that the COVID-19 crisis affects all areas of society, and is therefore also visible in many newspaper headlines. This clearly differs from the state of the indicator around the financial crisis. The run-up to the crisis in 2007 was mainly visible in negative sentiment surrounding financial markets. It was only later in 2008 and 2009 that the change in sentiment also became visible in the other main topics.

Improved forecasting of GDP growth in the short term

The strong correlation between headline sentiment and GDP growth in Figure 1 suggests that the indicator also has predictive power for GDP growth. To determine whether the prediction of GDP growth can actually be improved the series of newspaper sentiment by topic are added to the usual indicators in a predictive model developed by DNB to estimate the current state of the economy.

This model, known as DFROG (Dutch Forecasting Model for Real-time Output Growth) comprises roughly 80 time series such as figures about confidence and market prices. DFROG forecasts Dutch GDP growth for the present quarter (for which no realisation figures are available) and the subsequent quarter.

The inclusion of the sentiment indicator according to topic leads to a significant decrease in the prediction error of DFROG. The prediction error decreases by about 10% to 15% when predicting growth in the present and subsequent quarter. This study basically shows that newspaper articles are a relevant new source of information for DNB to monitor and forecast the current state of the economy.

For more information about the construction and predictive power of the sentiment indicator, see the article “Sentimentsindicator op basis van financieel economisch nieuws (in Dutch)” in the journal Economisch Statistische Berichten.