Sharp fall in banknote circulation due to COVID-19 pandemic 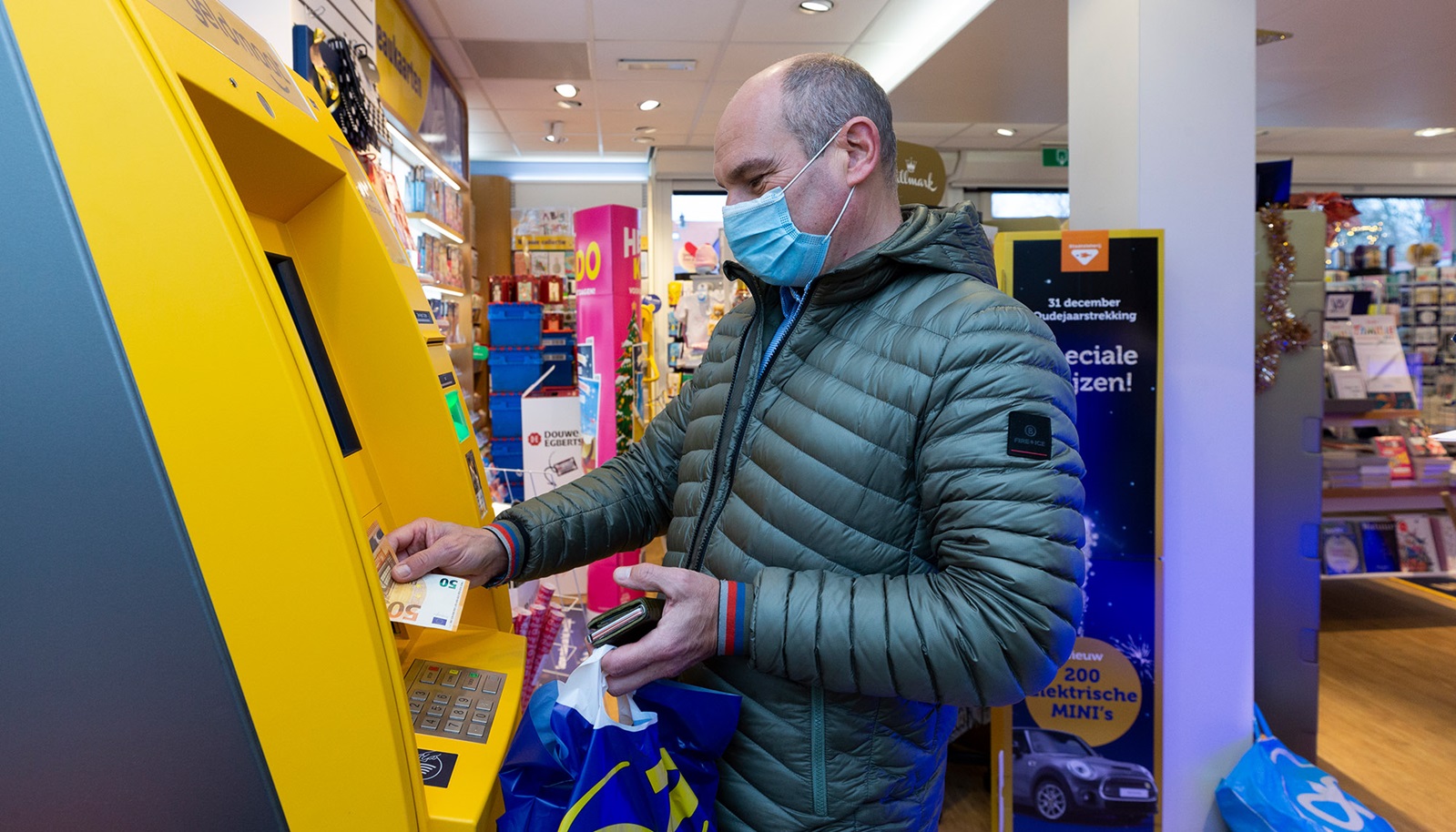 Since the outbreak of the COVID-19 pandemic, De Nederlandsche Bank (DNB) has processed far fewer banknotes than usual. The intake of banknotes has in fact decreased so much that, for the first time ever, DNB is issuing more banknotes than it is receiving. Possible explanations for this include the stagnation of tourism, the closure of stores and cash hoarding.

DNB is now a net issuer of banknotes

The net issuance of banknotes by DNB has been negative since 2003: every year, DNB receives more banknotes from banks than it puts into circulation through banks. This is because banknotes that have been put into circulation in other euro countries are deposited in the Netherlands at DNB via banks. 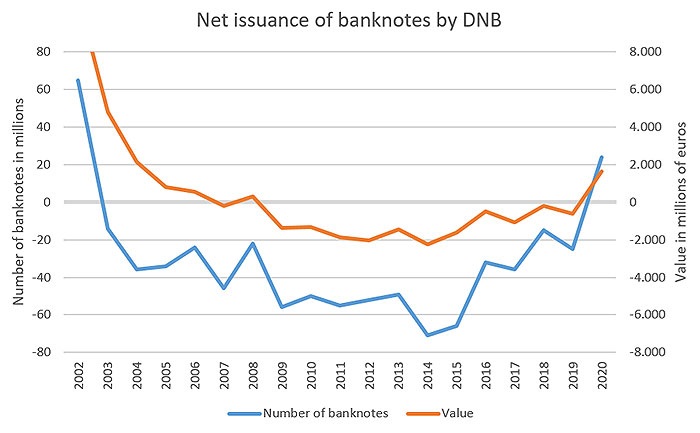 Tourism and business visits to the Netherlands usually generate a net inflow of euro banknotes. Tourists from countries where mainly cash payments are made bring cash with them when they travel to the Netherlands. Dutch tourists who travel abroad do this to a much lesser extent.  As a result of the pandemic, the number of foreign tourists in 2020 decreased by 65%.  Consequently, the inflow of banknotes has also largely stagnated. The effect of the lack of tourism on the volume of banknotes deposited was particularly noticeable in Amsterdam. This region, which receives the most tourists in the Netherlands, saw the largest decrease in banknotes deposited in 2020.

In 2020 consumers withdrew less cash and also used less of the cash they had withdrawn for point-of-sale (POS) purchases. In 2020, there were 37% fewer withdrawals from ATMs in the Netherlands compared to 2019. Although the average withdrawal amount was 23 euros higher – possibly to reduce the number of movements during the COVID-19 pandemic – the total amount of cash withdrawn in 2020 was 27% lower than in 2019.  However, the receipts of cash from retailers and the return flows from these retailers to banks decreased even more.  The total value of cash deposited mainly by retailers was 34% lower in 2020 than in 2019.  This is primarily because in 2020, Dutch consumers paid cash for only around 20% of their in-store purchases, compared to 32% in 2019 (DNBulletin: Contactless payments on the rise during the COVID-19 pandemic).

Cash can also serve as a means of storing value. This "hoarding" of euro banknotes occurred throughout the euro area (and beyond) during the COVID-19 pandemic, and led to a large increase in net issuance.  For the entire euro area, the number of euro banknotes in circulation increased by 10% to 26.5 billion banknotes in 2020, the largest annual increase ever.  The hoarding of cash by consumers and retailers is also a possible explanation for the change to a positive net issuance of banknotes by DNB.  As the Dutch population's trust in the financial sector did not decline during the pandemic (and was therefore not a driver of hoarding), the reasons for this hoarding mainly related to COVID-19, such as temporary unwillingness or inability to spend cash.  For instance, there were consumers who, for hygiene reasons, did not want to make payments in cash for a time  – even though it is safe to use cash. Consumers also had less opportunity to use cash when many stores were forced to close, stopped accepting cash or actively discouraged the use of cash.

Whether the familiar pattern of an annual negative net issuance will return depends very much on the recovery following the pandemic. As soon as inbound tourism picks up and the current restrictions at stores and restaurants are lifted, it is expected that cash hoarding will decrease and more banknotes will arrive at DNB than are issued on an annual basis.  However, it does seem realistic to assume that these volumes will remain lower than before the pandemic, as the use of cash for point-of-sale payments will not fully recover.