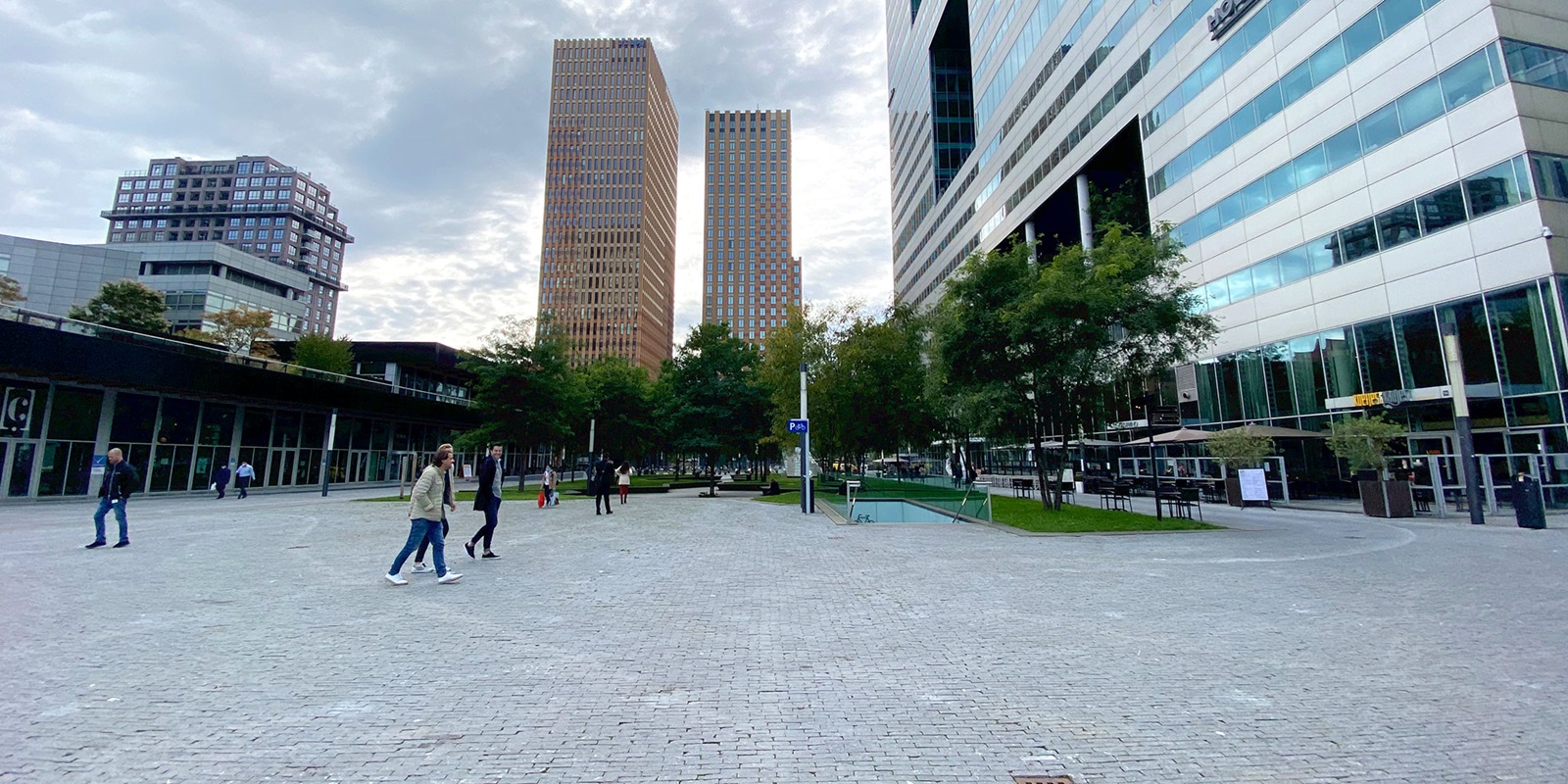 Over the past year, public trust in financial institutions has not weakened during the coronavirus (COVID-19) crisis. By contrast, trust in other key players in the Dutch economy and society has not emerged unscathed from the crisis. For example, trust in national politics and big technology firms has eroded. The Dutch are particularly concerned about the economic impact of the current crisis. This emerged from our survey among more than 2,500 Dutch households in March 2021.

Over the past year, trust in the financial sector among Dutch households has appeared practically immune to the COVID-19 crisis. Figure 1 illustrates public trust in the financial health of banks, insurance firms and pension funds. Nearly 70% of respondents are mostly or fully confident that Dutch banks will always be able to repay the funds they deposited. The same percentage applies to confidence that insurance firms will meet their contractual obligations. The Dutch are slightly less confident that pension funds will be able to meet their commitments to pensioners compared with banks and insurance firms, although this confidence category shows a slight uptick. 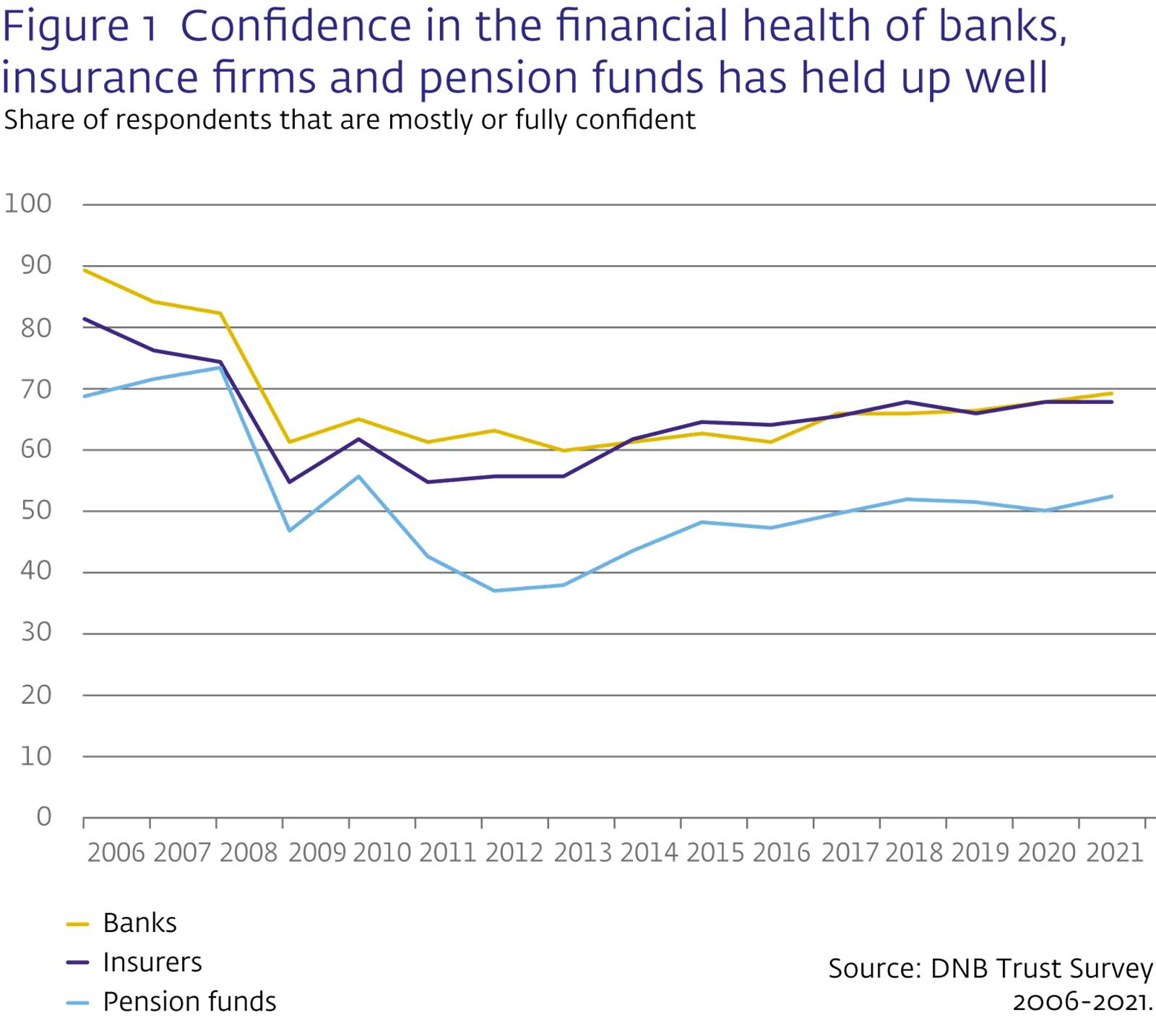 When asked whether the COVID-19 pandemic had affected their confidence in financial institutions, a large majority of the households said this was not the case. Around 80% say their confidence in banks, insurance firms and pension funds had not been affected by the pandemic (see Figure 2). 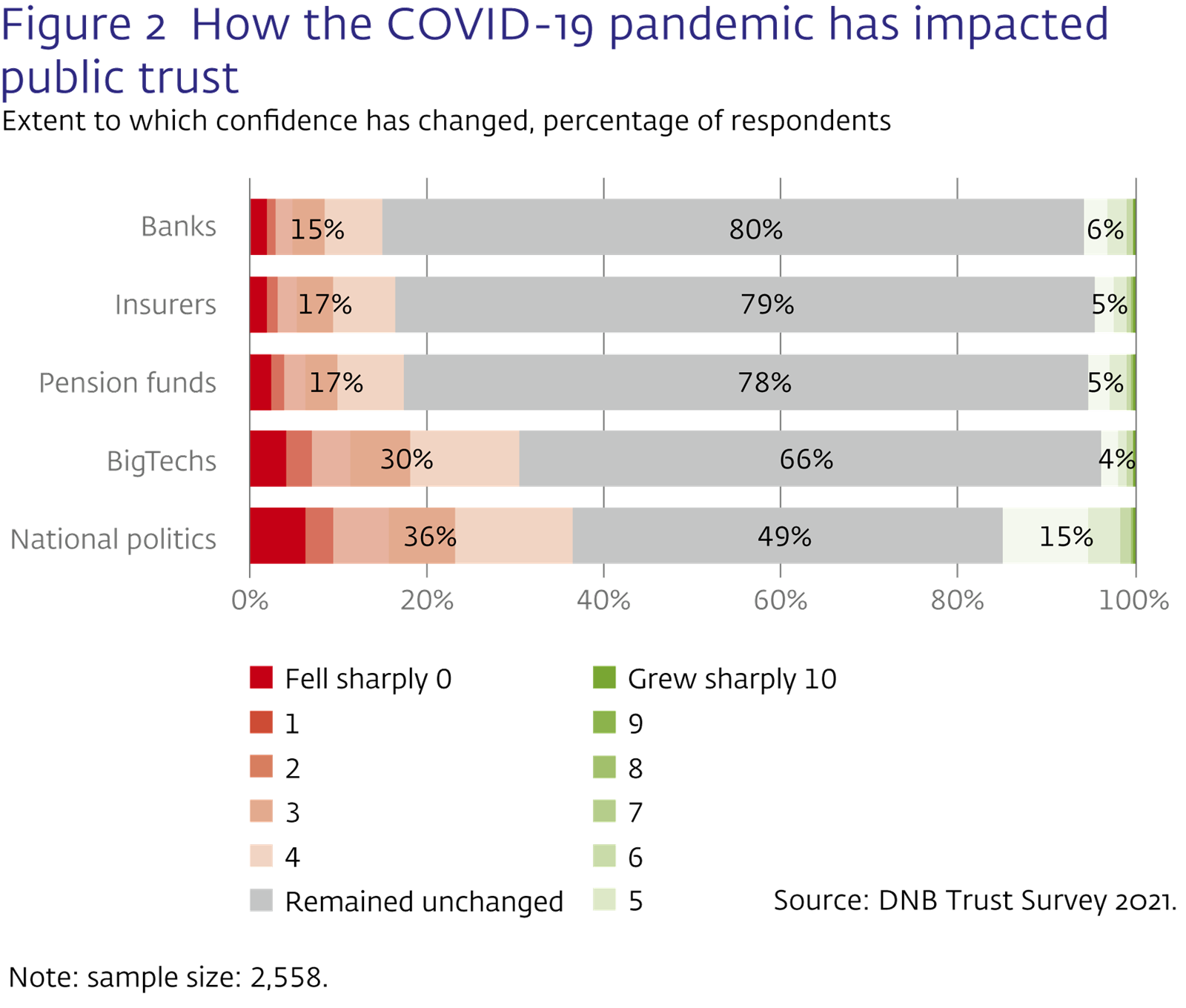 Other measures of trust suffered

The unwavering public trust in the financial sector stands in stark relief to the plummeting public trust in key players in the Dutch economy and society. For example, trust in national politics has eroded, in a contrary trend to last year's revival. A year ago, 52% said they had strong or full confidence in politics, against 42% in March 2021. Public trust in BigTechs such as Amazon, Apple, Google, Microsoft and Facebook has likewise declined. Figure 2 illustrates this, and also shows that the COVID-19 crisis at least accounts for some of the loss in trust. 36% of the respondents say the crisis has reduced their confidence in politics, while 30% say the same of their confidence in BigTechs. By contrast, the pandemic strengthened trust in politics for 15% of the respondents.

Concerns about the impact of the COVID-19 crisis

The Dutch are particularly concerned about the economic impact of the current crisis. They worry less, however, than a year ago, when the Netherlands was in its first lock-down. Even so, their worries about the economy are still stronger than those about the financial health of banks, insurance firms and pension funds or about their personal finances. The greatest worries about the personal financial consequences of the current crisis were voiced by those on low income, those employed in sectors affected by the lock-down, such as the hospitality sector, and self-employed persons.