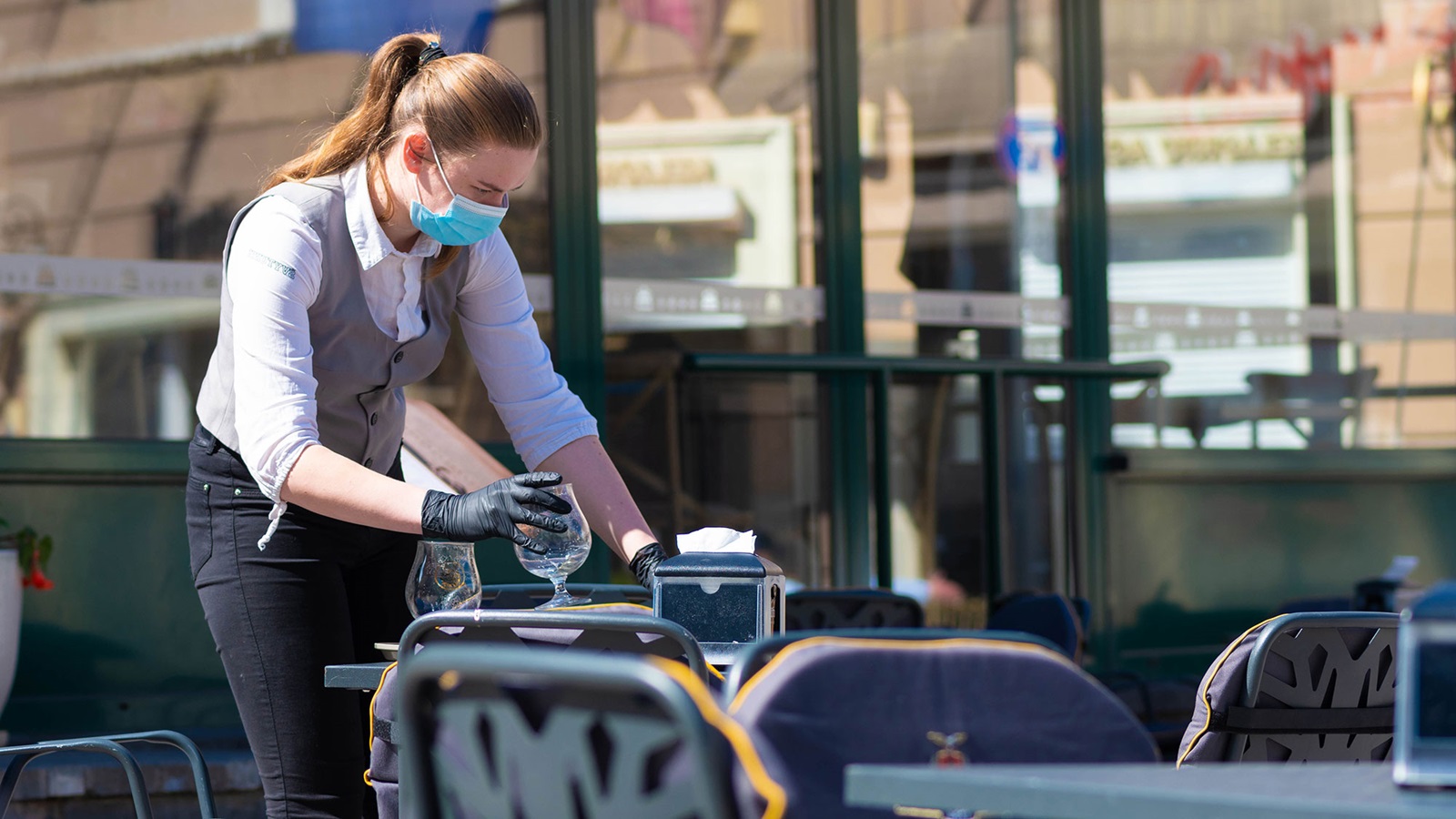 Despite the sharp contraction of the Dutch economy in 2020, the unemployment rate increased only moderately last year. This conceals a number of deviating underlying developments in the labour market. The employment situation of young people in particular has deteriorated as a result of the crisis.

Dutch gross domestic product (GDP) contracted by 3.8% last year, the strongest contraction since World War II. The dynamics of the Dutch economy showed a record GDP contraction in the second quarter of 2020, followed by unprecedented growth in the third quarter. These strong movements also affected the labour market. In the second quarter of 2020, almost 300,000 jobs disappeared on balance compared to the previous quarter, and the unemployment rate rose from 2.9% in March to 4.6% in August (Figure 1, left).

However, unemployment fell again after the summer, which was unexpected. The unemployment rate continued to decline, even after the tightening of containment measures in October, to 3.6% in February 2021. Employment – measured as the number of persons employed in the labour force – has been rising slowly since the start of the summer in 2020 (Figure 2, right) These figures not only illustrate the resilience and robustness of the Dutch economy, but are also linked to the generous package of support measures provided by the Dutch government. 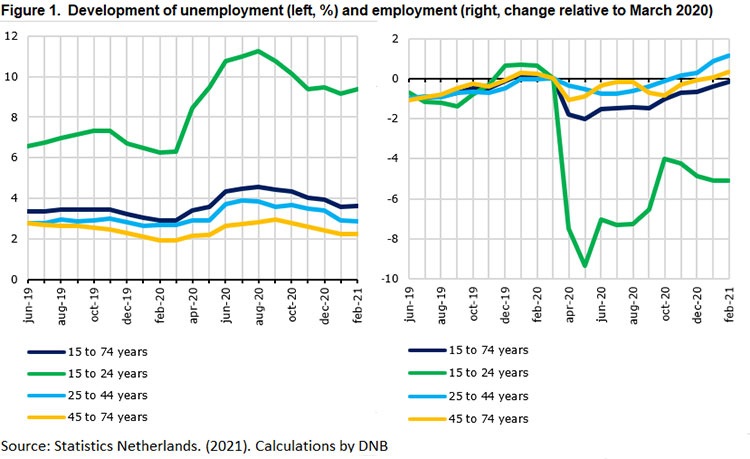 Significant differences underlie these developments, however. For example, the overall employment loss was mainly borne by flex workers, since their contracts are the easiest and most economical to dissolve.

The difference in employment trends between young people and other age groups is even more pronounced. For example, the number of young people in the labour force decreased by 9.3% in May 2020 compared to the start of the crisis in March 2020, while the number of 25-45-year-olds in the working population reached its lowest point in September 2020, with a contraction of ‘only’ 0.7%. Since December 2020, the number of persons employed in the 25-45 age bracket has been higher again than in March. The number of young people in the labour force, however, has been falling again since October 2020. In February 2021, this number was still 5% below the March 2020 level. This is related to the fact that the vast majority of young workers have flexible employment contracts and that a relatively large share of them work in the sectors that are hit hardest, such as the hospitality and retail trade.

Job opportunities may reverse when recovery sets in

Young people absorb a large part of the cyclical fluctuations, which is a common pattern. Once the economy starts to recover and businesses start looking for staff, many young people will find a new job quickly, since they are available for work and relatively cheap.

There is a real chance that the labour market position of older age groups will come under pressure once economic recovery sets in. The impact of the COVID‑19 pandemic was mitigated last year due to the generous support policy of the Dutch government. An increase in the number of bankruptcies and reorganisations seems inevitable after the expiry of the support measures and job losses among older age groups with permanent contracts will rise as a result. As seen in the aftermath of the 2009 financial crisis, the recovery will lead to shifts in the workforce of businesses and is likely to boost the employment of younger workers and flexible work.