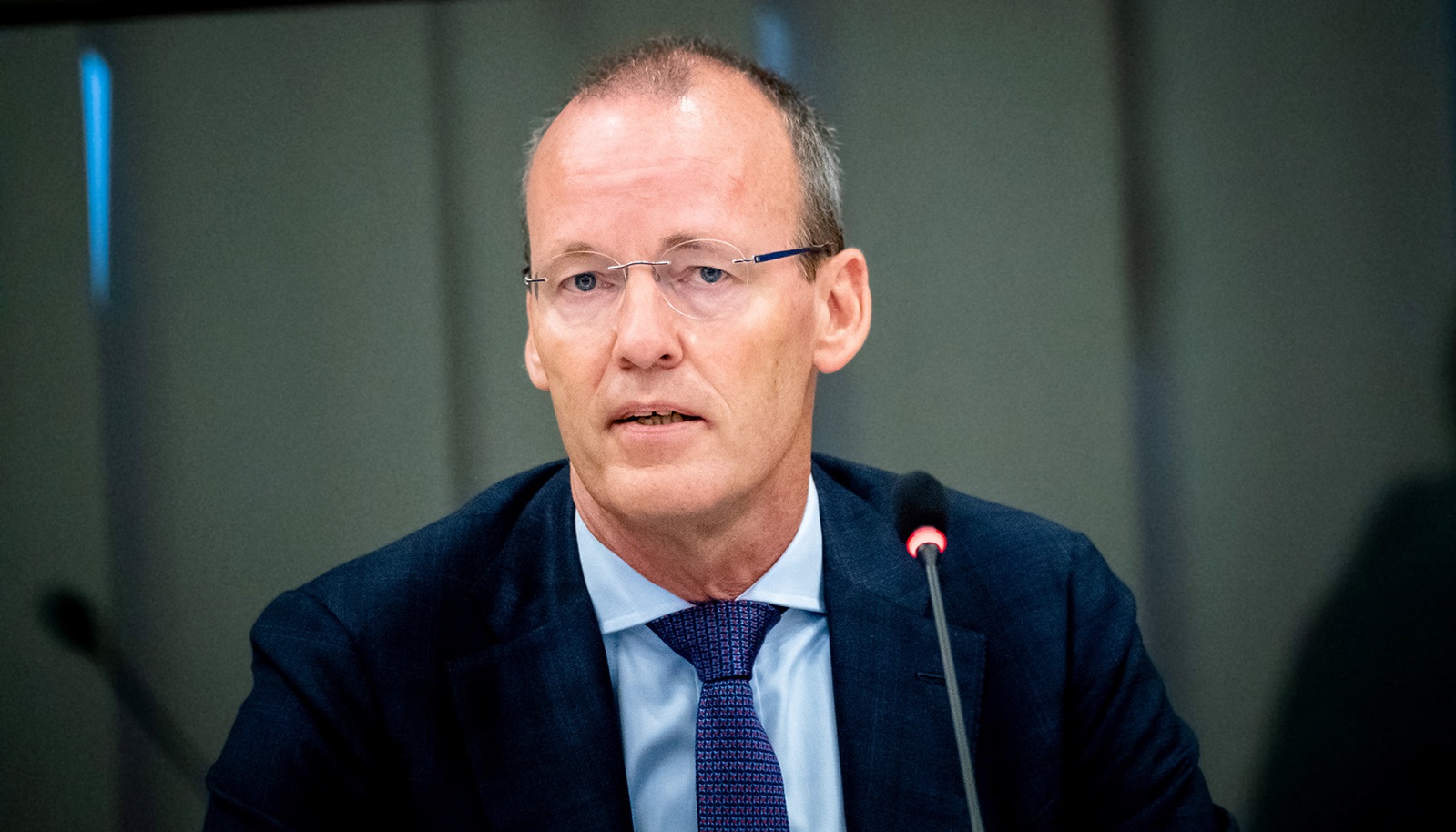 We are here today to discuss our Annual Report for 2019. In my introduction to the Annual Report, I compare our current situation with how things looked ten years ago. I argue that the world has changed so dramatically over the past ten years that, going forward, we will need to make radically different choices in a number of important respects. But right now, I could say the exact same thing about the past ten days. How different life looked just a few weeks ago. In a matter of weeks, the coronavirus has plunged the world into a deep crisis.

Unprecedented measures have been taken on a global scale to prevent the virus from spreading further. These measures are immobilising large parts of our society and, as a result, our economy. It is clear that the global economy will suffer a massive blow. The euro area and the Netherlands will also face a recession, the duration and consequences of which we cannot currently predict.

One thing we can do is look at what happened in China. After all, the developments there are several weeks ahead of us, and the Chinese economy appears to be regaining some traction. Still, the economic impact of the virus appears to be significant. Consumer and business expenditure in January and February were roughly 20 to 25% lower than they were a year earlier, while industrial output decreased by almost 15%. Initial estimates point to a contraction of the Chinese economy in the first quarter between 4% and 9% compared to a year earlier. Some analysts expect a strong rebound in the second quarter, but much will depend on developments elsewhere in the world and on whether a second wave of infections will occur.

For the euro area and the Netherlands, hard data are unavailable as yet, but the initial contraction here may be stronger than the contraction we saw during the 2008 financial crisis. This is also confirmed by recent soft indicators – including PMI figures, which have plummeted in unprecedented fashion – as well as by the scenario analysis of the CPB Netherlands Bureau for Economic Policy Analysis (CPB), which was published yesterday. In this analysis, the CPB outlines four possible scenarios. In three of these, the immediate downturn is more severe than that during the credit crisis. The labour market will endure serious blows as well, and the crisis will particularly have repercussions for employees with temporary contracts, who are relatively unprotected in the Netherlands compared to other countries. This does not mean, however, that GDP growth for this year will necessarily be within the bandwidth between these scenarios. The CPB rightfully warns us that, given the exceptional unpredictability of the current situation, the figures predicted by its scenarios should not be interpreted as upper or lower limits.

Parts of the economy are grinding to a halt in order to contain the spread of the virus. This means that the direct cause of the impending economic crisis does not lie with the economy or in the financial sector itself, as was the case for the previous crisis. What we are going through is a medical crisis, first and foremost. As such, there is hope of a relatively quick economic recovery as soon as the virus is under control. There is no reason to assume that we will have to endure the same tough and painful process of restoring the balance sheets of banks, citizens and businesses we went through in the wake of the previous financial crisis. But to facilitate a quick recovery, it is vital that we limit permanent economic damage as much as possible by ensuring that banks do not get into difficulty and businesses do not fail. And that is exactly what the policy measures currently being taken by the Dutch government, DNB and the ECB are aimed at. In spite of these efforts, our monetary and budgetary policies cannot resolve and remove the cause of what is, in essence, an exogenous medical shock; we can only mitigate the results.

To this end, the Dutch government announced a number of wide-ranging measures last week. Add to this the effect of the automatic stabilisers, and it is clear that the budgetary impact will most likely be significant. This should not be cause for alarm, given the Dutch government’s substantial buffers. Moreover, European rules and regulations offer the flexibility to temporarily relax fiscal policies under exceptional circumstances, such as those we are currently facing.

At the same time, DNB has decided to provide banks with extra headroom by temporarily lowering their buffer requirements. This will allow banks to continue extending much-needed loans. It is paramount that they use the capital that is being made available to support lending, and not to distribute dividends or accommodate share buy-backs.

The ECB also decided last week to implement a large number of new measures to stabilise the financial markets and safeguard the pass-through of monetary policy. These measures included highly generous lending operations for banks, to ensure their ability to continue extending credit to individual consumers and businesses under the current exceptional circumstances. A further key measure is the new temporary Pandemic Emergency Purchase Programme, under which the ECB will purchase EUR 750 billion worth of sovereign and corporate bonds. With this programme, the ECB will ensure low financing costs for households, businesses and governments. The ECB will not tolerate any financial fragmentation in the euro area, which would undermine the single monetary policy. To prevent this from happening the ECB stands ready to implement every instrument within its mandate as flexibly as circumstances demand.

The Dutch government, DNB and the ECB are taking firm and decisive action. But as we face this crisis, the Netherlands will also reap the benefits of its solid economic foundation. Over the past years, DNB has – to the annoyance of some – beaten the same old drum: buffers, buffers, buffers. As a result, the Netherlands has increased its resilience, which will now be used to absorb the economic impact of the corona crisis. While it would be premature at this time to evaluate lessons learned, the importance of building buffers in times of prosperity has once more become abundantly clear.

As for the Dutch financial sector, it is crucial to the functioning of our economy that it continues to operate smoothly. Let me assure you that it is doing just that, in part because banks and insurers strengthened their buffers in the wake of the financial crisis. Their foundation now is much stronger than it was in 2008. Also, financial institutions have activated their business continuity plans, as have we. With these measures, we can ensure the continuity of crucial operations, such as payment services. And the Dutch Deposit Guarantee Scheme, the Deposit Guarantee Fund and the Single Resolution Fund are well-capitalised.

DNB is closely monitoring the situation in the financial sector and stands ready to take measures if needed. We need to remain agile, and be able to adapt our measures as the situation requires.In addition, we are looking at ways to provide some regulatory relief in our supervision of the financial sector at this moment, where necessary. We are, for instance, looking at the deadlines for reporting requirements and regular supervision activities.

This does not mean, however, that the requirements which were imposed following the 2008 financial crisis will now be cast aside. What it does mean, is that we will use the scope offered by the current rules and regulations for situations such as these. And in the recovery phase, which will undoubtedly follow, we will need to concentrate on restoring the buffers to pre-crisis levels.

Ladies and gentlemen, the future is highly insecure, as we do not know what the trajectory of this virus will be. What we do know, is that the economy will suffer a serious blow. But every cloud has a silver lining. Let us use this crisis first and foremost to shape our recovery in a manner that will contribute to sustainable growth. Think for instance of the necessary greening of our economy, the need to innovate and digitise – we are gaining an enormous amount of experience in these areas right now – and the need to strengthen growth through public investment.

It is important that governments and central banks around the world have risen to the challenge over the past few weeks and introduced extensive crisis measures. In the weeks and months ahead, they will continue to do so, in close consultation with each other and all relevant stakeholders. Know that DNB stands ready to do what it deems necessary. Finally, let me leave you with this: we might be facing an unprecedented challenge, but we are facing it together. The Dutch government, De Nederlandsche Bank, the European Central Bank, the business community, the financial sector and – most importantly – the people of this country. We will make it through this crisis. And we will do so together.