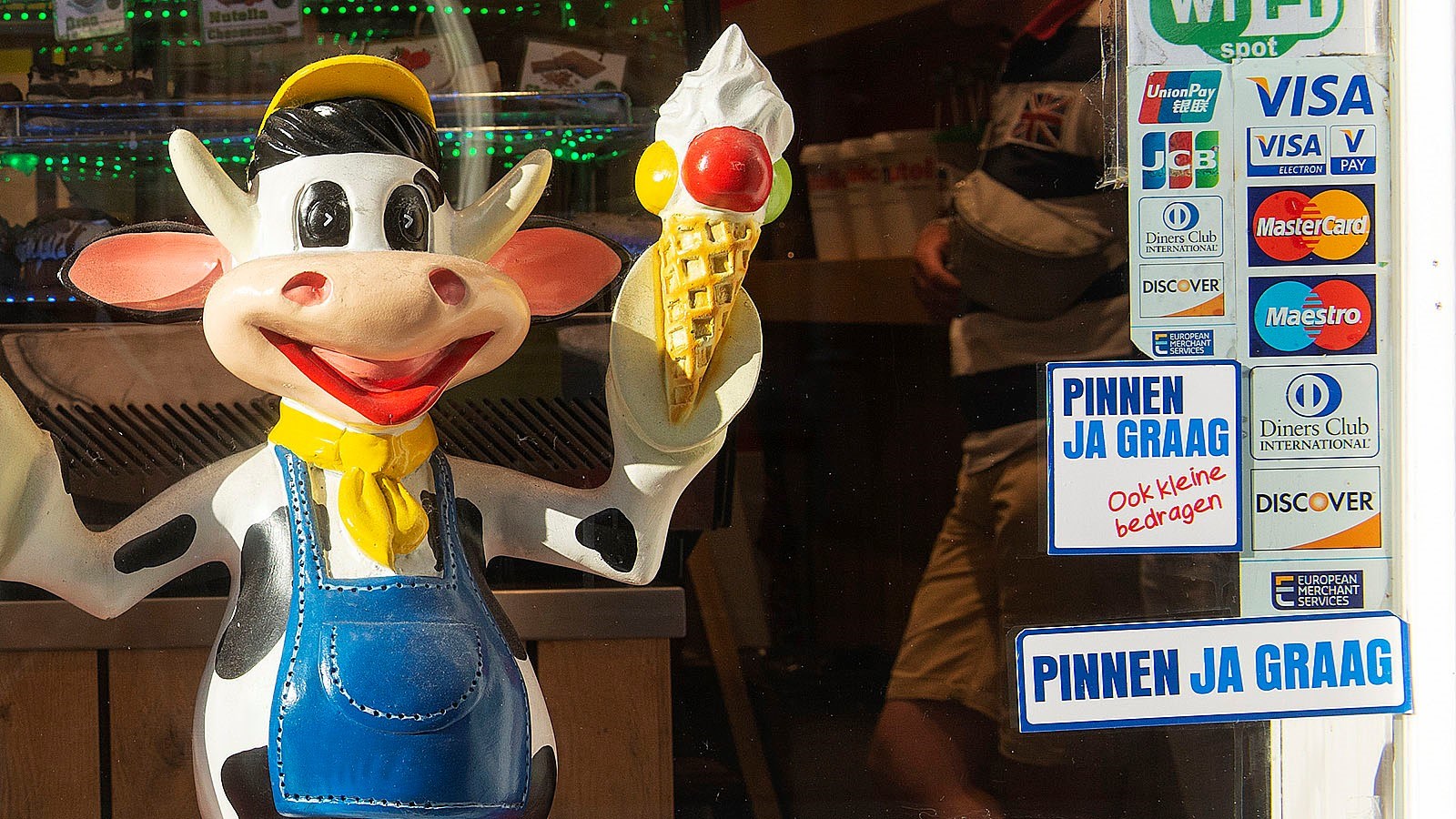 Consumers are increasingly paying electronically for in-store purchases. In 3% of stores they have no alternative because the retailer pursues a card-only policy. 27% of retailers use promotional materials to encourage consumers to pay electronically. Sometimes it can be unclear whether the retailer takes cash. If  retailers do not accept cash, they should inform their customers clearly in advance, so that these can go to another store if they want. 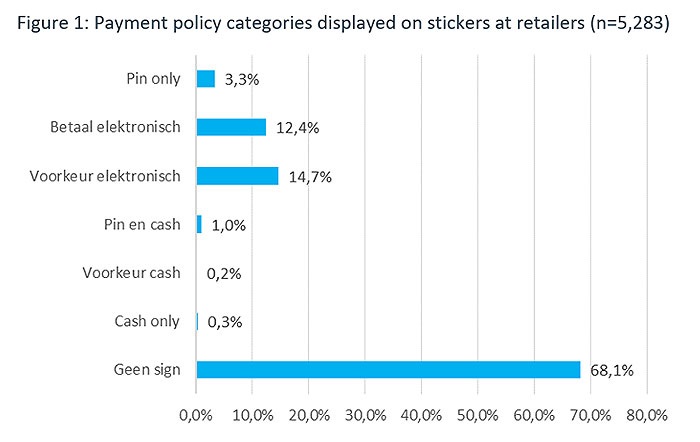 Small proportion of retailers communicate they only accept card payments

A small proportion of retailers (3%) informed their customers that they accept card payments only (“card only policy”).  Such card-only stickers were mainly found in libraries and pharmacies and at petrol stations (see Figure 2). Retailers that belong to a particular chain are also more likely to only accept card payments (7%) than independent retailers (2%). There are also differences between the various provinces in the Netherlands. The most card-only stickers were found in Overijssel and Utrecht, with an average of 9% and 6% of the visited retail locations, and the fewest were found in Friesland (1% on average). The location of the stickers was also considered. If a retailer only accepts card payments, then this must be made clear before the customer enters the premises. This was the case for 70% of the card-only stores. The remaining 30% informed customers only after these had entered the store, or at the cash register.

The continued widespread acceptance of cash by retailers is important for the proper functioning of the payment system. If retailers do not take cash, it is important that they communicate this clearly to their customers at the entrance to the store.