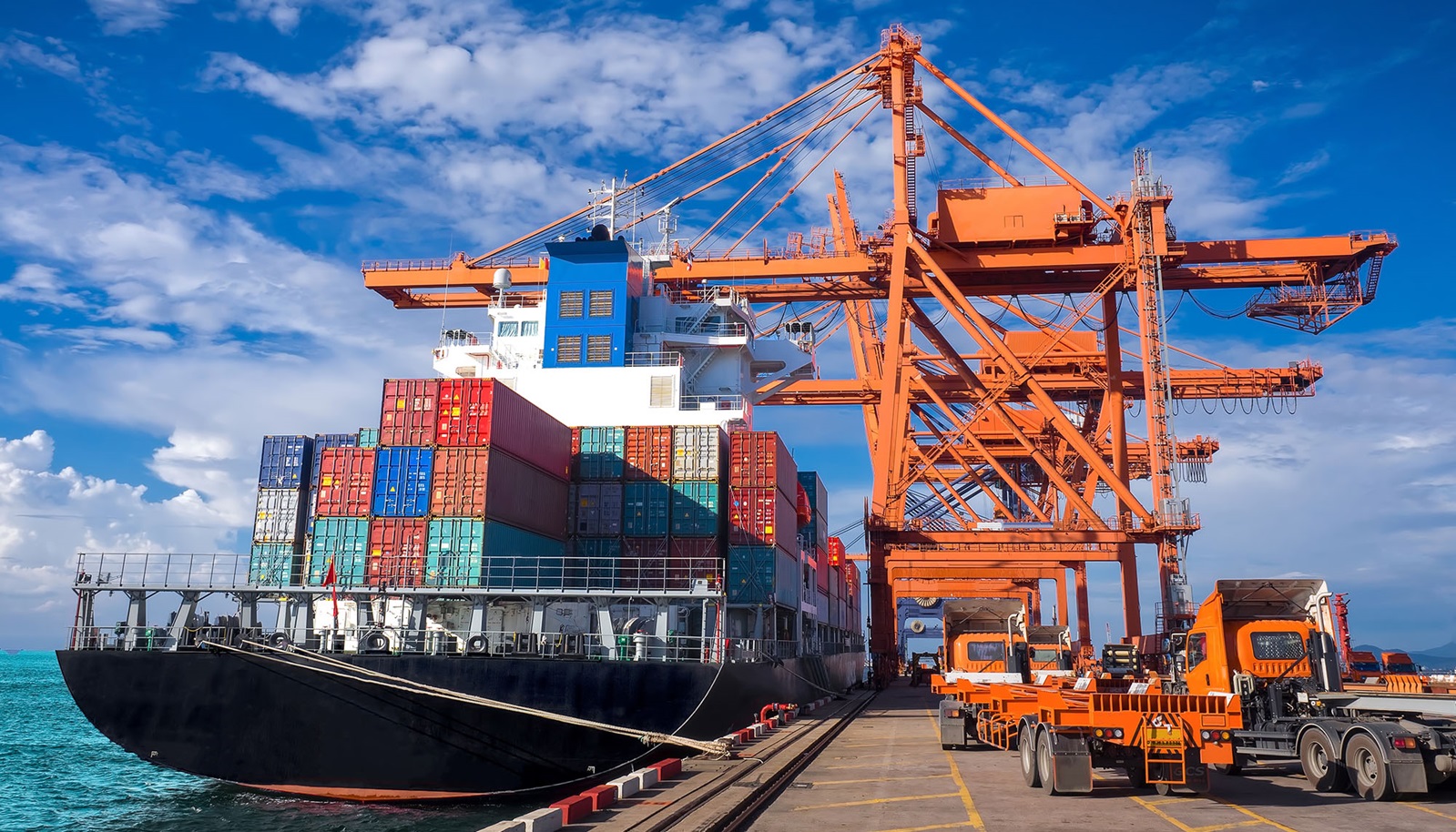 Global trade in goods, which was hit hard at the beginning of the COVID-19 pandemic, has now recovered. The recovery is much faster than during the 2008-2009 financial crisis. Global trade in goods has proved resilient and is currently contributing to the global recovery from the COVID-19 crisis. This shows once again that governments must exercise restraint in intervening in international production chains in response to the current crisis.

Goods trade has recovered faster than during the financial crisis

In March and April 2020, global trade in goods was dealt an abrupt blow by global measures to contain the spread of COVID-19, such as restrictions on the movement of people and goods. As a result, global trade volume in goods fell by 12.1% in the second quarter of 2020 compared with the first quarter. Set against the 2008-2009 financial crisis, however, global trade declined less sharply in the first half of 2020 and rebounded earlier and more vigorously (see Figure 1). Even following the resurgence of the virus in many parts of the world in October and November 2020, trade in goods continued to grow. As a result, the global goods trade volume in November 2020 was more than 1% above its pre-crisis level of 31 December 2019. During the financial crisis, it took over two years for trade in goods to return to pre-crisis levels. Global trade in services, which is largely made up of international tourism, is expected to take significantly longer to return to levels seen before the crisis. This is because its recovery largely depends on the extent to which the spread of the virus is contained. 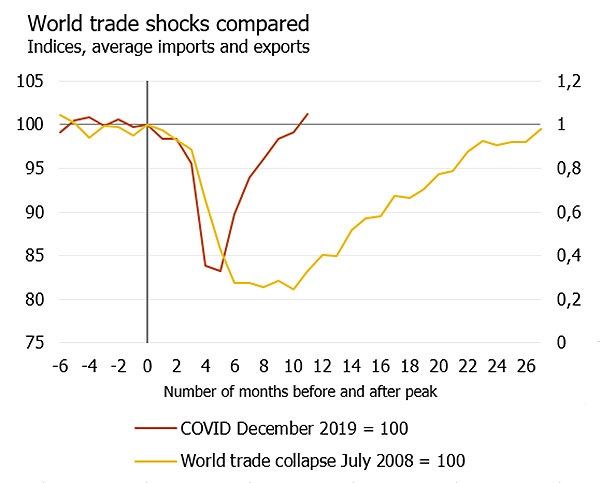 The rapid and robust recovery of trade in goods has shown that it is more resilient than was expected at the beginning of the pandemic. For example, in its most positive scenario of March 2020, the World Trade Organization (WTO) forecast that trade in goods would not return to pre-crisis levels until approximately the end of 2021. In contrast to world trade, global output (GDP) declined more sharply in the first half of 2020 than the WTO expected at the beginning of the pandemic, with the decline also being more pronounced than during the financial crisis. According to the latest WTO outlook, world trade volumes will fall only twice as much as global GDP in 2020, rather than six times as much as in the case of the financial crisis.

Capacity of international companies to adapt appears to have been significant

The above differences are partly explained by the nature of the current crisis, and the policies pursued to combat it. Initially, restrictions on the movement of people and goods caused disruptions in international supply chains. In addition to this supply shock, world trade suffered from a fall in global demand, as consumer spending fell on the back of containment measures or concerns of becoming infected. These containment measures have a greater impact on less trade-intensive services sectors, such as the hotel and catering industry, than on trade-intensive sectors, such as manufacturing. Industrial production has recovered strongly since May last year, partly as a result of generous government income support worldwide and the accommodative policies of central banks. During the 2008-2009 financial crisis, the manufacturing industry took longer to recover. The ultimate speed and degree of recovery of goods trade depends on the pace at which companies operating internationally can resume production and distribution of goods following previous or existing (supply) restrictions. Thus, based on the rapid recovery of trade in goods, most of the companies operating in cross-border supply chains showed resilience to such restrictions.

The outbreak of the pandemic hit world trade hard. In some cases, this even created shortages of (essential) goods. This triggered a policy debate to make international trade more resilient to shocks, including measures to reshore entire production processes or parts thereof. Even today, the coronavirus crisis still causes occasional distortions in supply chains from time to time. However, trade in goods and their related supply chains have proved to be more resilient than anticipated at the outset of the pandemic. This trade has even played an important role in meeting demand for COVID-19-related medical supplies and is currently contributing to the global recovery from the coronavirus crisis. While for some key products public intervention may be desirable in order to ensure security of supply, these developments again underscore the need for caution in government interventions in supply chains in response to the current crisis.