Receive our latest news directly in your mailbox?
Register for our DNB News Service. 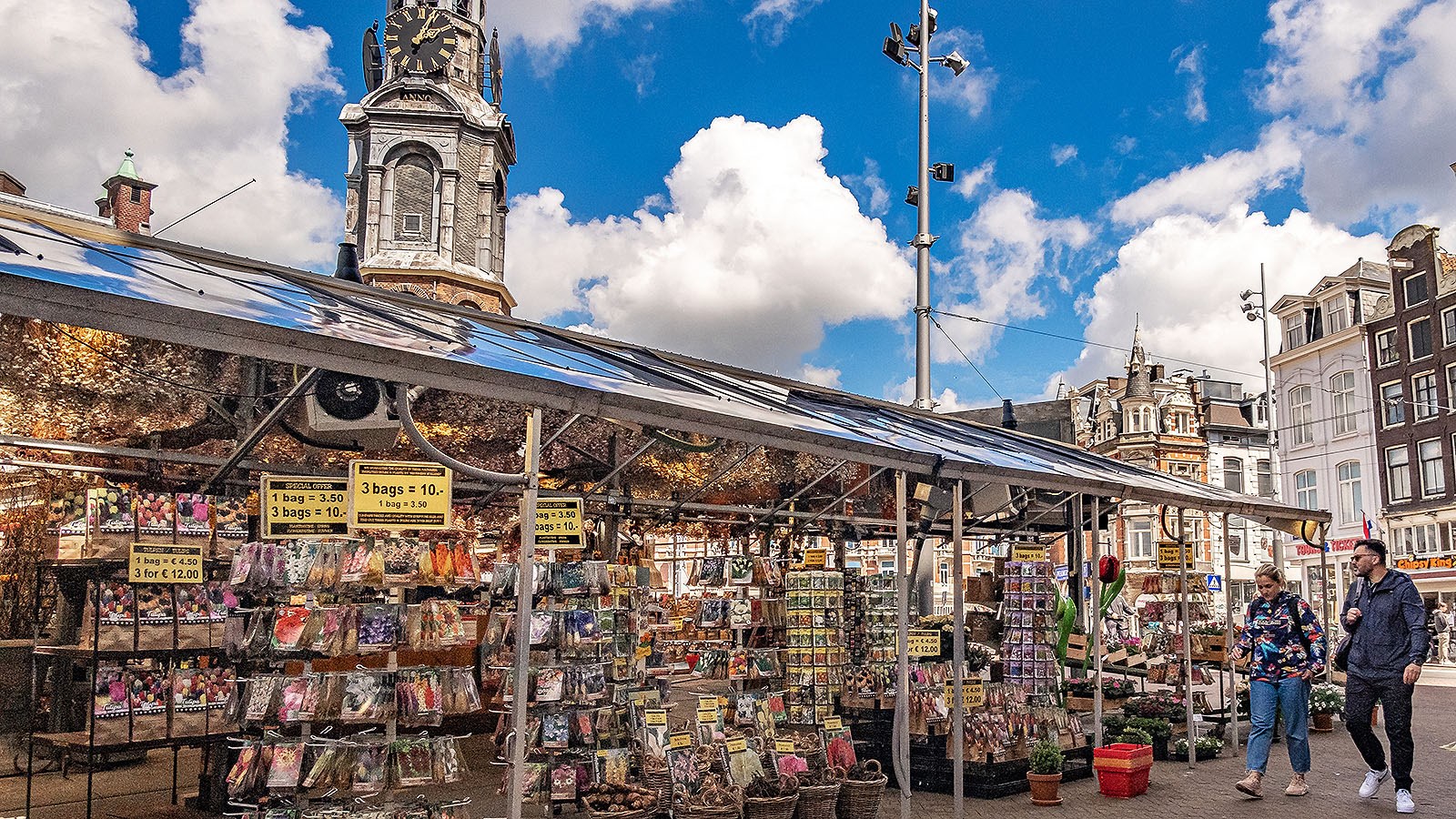 European fiscal rules could become more effective if they were aimed more at public spending and less at the size of the public deficit and debt. Shifting the focus to controlling expenditure growth will provide more credible debt reduction and allow for a more countercyclical fiscal policy. The expenditure rule is already part of the Stability and Growth Pact (SGP). According to DNB, a promising option in the current review of the SGP would be to assign a more prominent role to this rule.

Current SGP requirements have a number of drawbacks

The SGP currently has several requirements that guide and restrict governments’ fiscal policy. One of the most well-known requirements is the 3% limit for the public deficit (expressed as a percentage of gross domestic product). As the public deficit is highly sensitive to the state of the economy, the SGP rules also focus on the structural deficit, which adjusts the public deficit for cyclical effects. These effects are not observable, but are estimated and regularly adjusted afterwards. This makes the structural deficit an uncertain and volatile variable, which is less suitable for evaluating fiscal policy. Another well-known SGP requirement is the 60% limit for public debt (as a percentage of GDP). EU Member States are evaluated based on the development of their debt towards this limit: if their debt ratio exceeds 60% then, in accordance with the debt reduction rule, the excess must be reduced annually by an average of one twentieth. For countries with very high debt levels in particular, this may imply substantial fiscal tightening, even in bad economic times, which can be detrimental to the economy and which is often difficult to achieve, politically speaking. This is why there is some flexibility in enforcing the rule to allow for factors such as the state of the economy. However, more frequent reliance on such flexibility undermines the credibility of the rule.

The expenditure rule can contribute to responsible and realistic debt reduction

An advantage of the expenditure rule is that, by taking long-term growth into account, it offers scope for countercyclical fiscal policy. For example, if economic growth is below its long-term trend, such as during a crisis, expenditure growth can be maintained and there will be no need to make spending cuts. Under the 1/20th debt reduction rule, a decline in economic growth actually results in less fiscal space, thus giving rise to procyclical fiscal policies, which may exacerbate an existing crisis. This makes it more likely that governments will fail to comply with the rules, which weakens the credibility of the fiscal rules. Another advantage of the expenditure rule is that expenditure growth is a quantifiable measure that is also more under the control of governments than the debt ratio; indeed, it is up to governments to determine how much they spend, whereas other measures are also influenced by the business cycle. 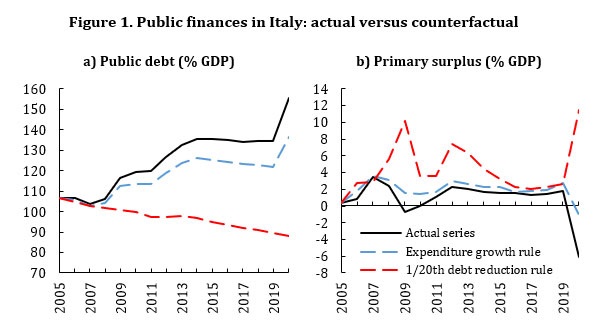 Simulating the debt reduction path under the expenditure rule

In a simple 'what-if' simulation using Italy as an example, we show how public finances would have developed if the government had strictly followed the 1/20th debt reduction rule or the expenditure rule starting in 2005. The financial crisis in 2009 causes public debt in Italy to increase initially even under the expenditure rule, yet by less than what was actually observed (Figure 1a). Under a strict 1/20th debt reduction rule, the debt ratio would have fallen more sharply than under the expenditure rule. At the same time, however, the primary budget surplus (the fiscal balance excluding interest payments) would also be considerably higher (Figure 1b), which points to substantial cuts or tax increases. During the financial crisis, the primary surplus would have to have increased to 10% of GDP in order to  achieve the debt reduction rate of 1/20th per year. This is far above the historical average of roughly 3%. In contrast, the expenditure rule would have resulted in a decrease in the primary surplus over the same period, providing additional fiscal space to combat the crisis. Debt reduction in 2020 would also have been very challenging. However, the fiscal rules were temporarily suspended at the time of the COVID-19 pandemic through the activation of a general escape clause.

The expenditure rule also has some drawbacks

The European Commission recently published a communication announcing that it will propose guidelines for revising the SGP well in advance of 2023. In a recently published position paper, DNB argues for additional adjustments to the SGP alongside the expenditure rule. For example, a revised SGP should help avoid cuts in public investments during an economic downturn. Furthermore, improving compliance with the rules and their enforcement means the SGP will have to be less complex, for example by limiting various forms of flexibility. Finally, independent national or European fiscal institutions (such as the Netherlands Bureau for Economic Policy Analysis and the Dutch Council of State) could take on a more active role in the assessment of fiscal policy.