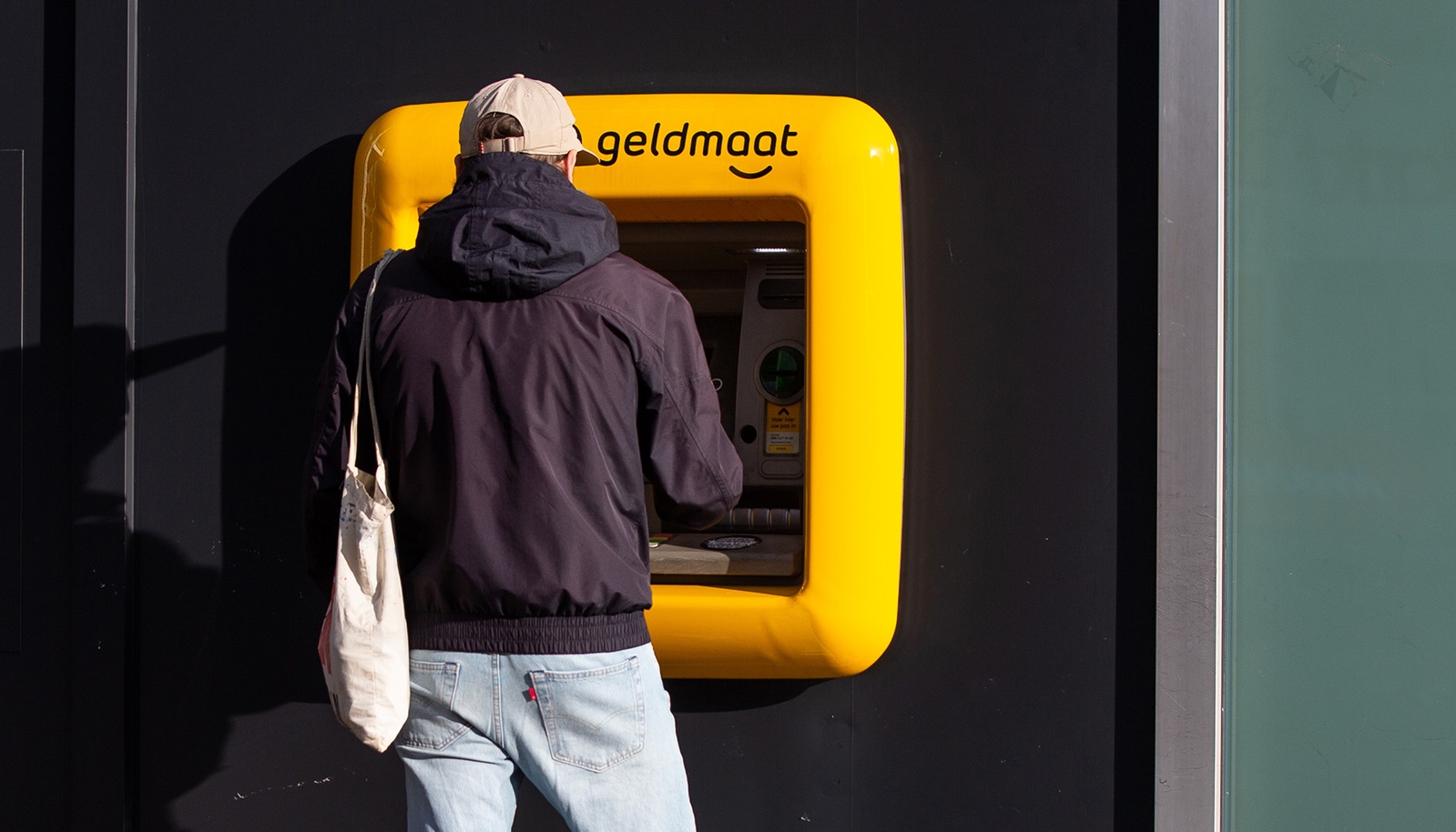 A new DNB study concludes that cash still plays an essential role in society. However, the necessary infrastructure is under pressure, which can have negative consequences for the accessibility and acceptance of cash as a means of payment. DNB has therefore commissioned a medium-term study and an advice on the cash infrastructure.

The use of cash at points of sale has been falling for years. In 2012 it was still 60%, it had fallen to 32% by 2019, and, partly in response to the COVID-19 crisis, it plummeted to just over 20% in October 2020. Despite this downward trend it is important that cash remains widely accepted by retailers and the government, and that the number of ATMs does not decrease any further.

The exchangeability of private money (non-cash, created and issued by banks) and public money (cash, issued by central banks) is crucial for confidence in the monetary system. Without cash, citizens can no longer claim their credit balance from a bank. Cash is the only way for people to carry money without being dependent on a bank. Cash has a number of important characteristics. It is legal tender, is generally accepted and allows for payments to be made without the involvement of third parties. Together with other central banks in the Eurosystem, DNB is exploring the possibilities of digital public currency (a “digital euro”), and how this could meet the need for public money in addition to cash. For the time being, however, cash is the only available form of public money.

Cash is and remains an important means of payment for people

Because of its specific characteristics, cash is an important means of payment for many, and for some people it is even the only means of payment that allows them to make payments independently. For many people, the fact that they cannot spend more of it than they carry with them, makes cash the most sensible means of payment. It is therefore crucial that the decreasing use of cash at points of sale does not lead to lower acceptance rates by retailers and government organisations. Until recently, the downward trend in cash use was mainly a result of citizens’ own choices, but they are increasingly being forced to pay electronically now that some retailers refuse to accept cash.

Cash can help in emergency situations

In the event of a large-scale POS terminal failure or any other disruption in electronic payments, people must still be able to make payments. DNB's analysis shows that cash is very suitable to fulfil this back-up function, and that banks should therefore continue to operate a sufficient number of ATMs. This benefits the resilience of the payment system as a whole. Due to the decreasing use of cash, the number of ATMs has been falling for years. The increase in explosive attacks on ATMs (for withdrawals and deposits) has led to unsafe situations and inconvenience for citizens and retailers. Of course, security is paramount and that is why the banks are currently giving it their full attention. Geldmaat, the ATM network that is gradually replacing the ATMs of ABN AMRO, ING and Rabobank, expects to operate 3,850 ATMs for cash withdrawal next year. While this number is still sufficient, a further decrease could compromise the back-up function of cash as a means of payment, since banks would then no longer be able to meet sudden peaks in demand for cash. In such a situation, it would be useful for people to have a small amount of cash in their pockets. This would allow them to shop for the basic necessities in the first few days of a crisis situation, and it would also relieve the pressure on the required capacity of ATMs. In other words, it makes sense for people to always carry some cash.

Study on the future of the cash infrastructure

As part of our statutory tasks, we promote the smooth functioning of the payment system and ensure the circulation of banknotes and coins. As long as there is a social need for cash, we will continue to promote the smooth operation of the cash payment system and make efforts to safeguard the proper functioning of the cash chain. Given the current low use of cash at points of sale, this is no longer self-evident. The cash infrastructure is in jeopardy of being eroded, which could have negative consequences for the accessibility and acceptance of cash. That is why we have commissioned an external medium-term study and advice on the cash infrastructure, in line with the recommendations in the report of the National Forum on the Payment System (NFPS) that was issued earlier this year. In principle, the study and the advice will cover the entire cash payments chain (including both banknotes and coins), and the way in which it will be able to meet the requirements of a secure, reliable, accessible and available cash infrastructure at acceptable cost. The study will be conducted during the first half of 2021 and its conclusions will be available next summer.

The role and future of cash