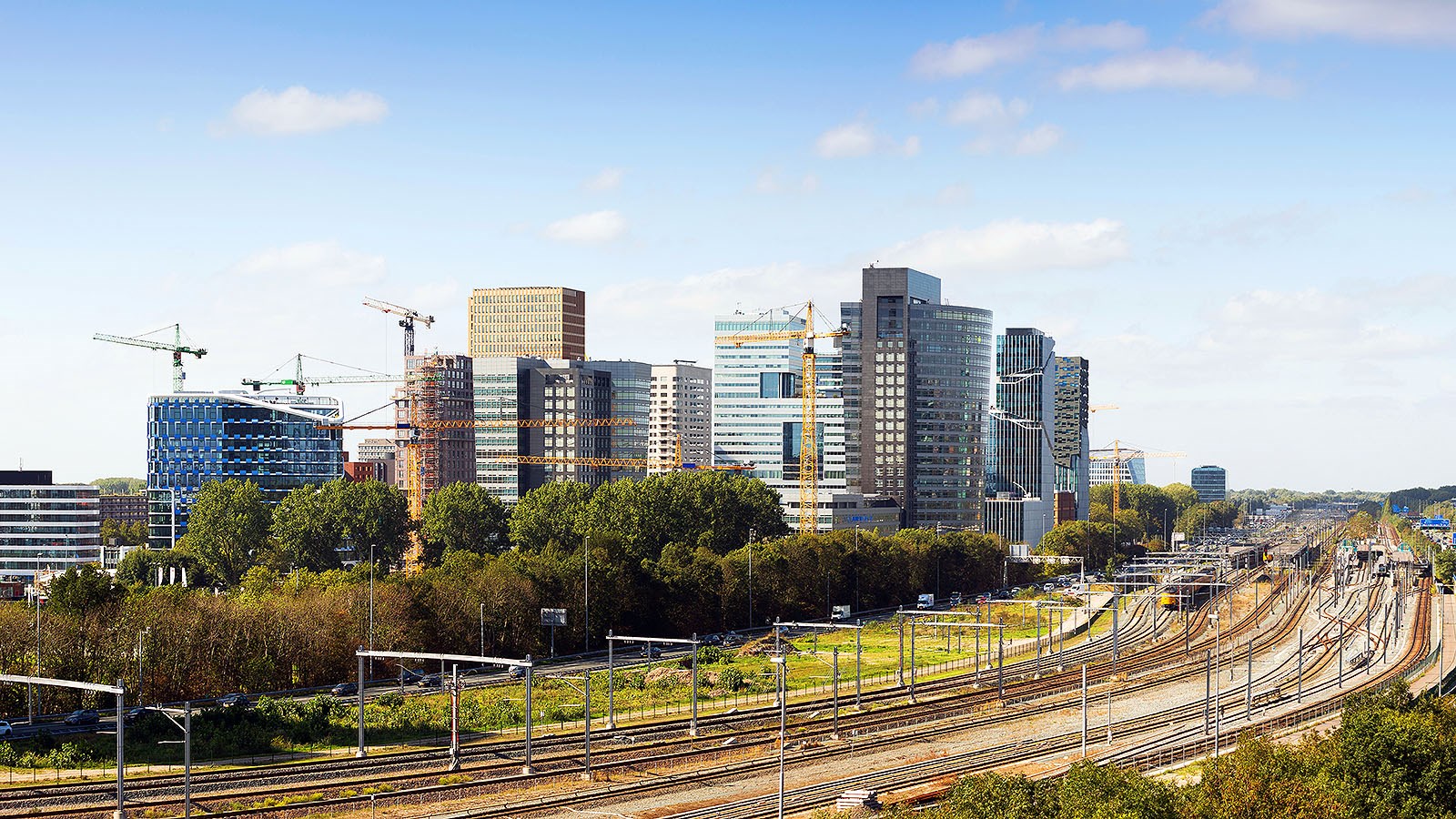 We have increased the countercyclical capital buffer (CCyB) from 0% to 1%. As a result, banks that provide loans in the Netherlands – including banks from outside the Netherlands – must set aside extra capital for these loans. For the Dutch banking sector as a whole this amounts to an additional capital requirement of about €3.3 billion. The reason for the activation of the CCyB is the state of the economy and the financial sector, combined with cyclical risk developments. The buffer offers banks extra room to absorb losses in less favourable times, thus supporting lending to households and businesses. Banks will have to comply with the requirement by 25 May 2023, provided that the current risk profile does not change significantly.

What is the countercyclical capital buffer (CCyB) for banks?

The CCyB is a buffer for banks that was introduced in the Basel III accord. The purpose of the CCyB is to increase banks' resilience as cyclical risks build up, and to release the buffer as soon as these risks materialise. This gives banks additional headroom to absorb losses in bad times and supports lending to businesses and consumers. This can limit the immediate impact of a crisis on the real economy. The importance of this became clear once again during the coronapandemic. The CCyB is the only buffer explicitly intended to vary over time. The buffer applies to domestic exposures, and foreign banks must also maintain a 1% CCyB over their exposures in the Netherlands. Since 2016 we have been setting the size of this buffer on a quarterly basis, and banks are given 12 months to comply with an increased CCyB requirement.

Why does DNB activate the CCyB?

On 17 March 2020, DNB lowered the systemic buffers for ING, Rabobank and ABN AMRO. This enabled them to better absorb potential losses and maintain their lending levels during the corona crisis. Because it is important to rebuild buffers after a crisis, DNB also immediately expressed its intention on 17 March 2020 to apply a 2% CCyB in the Netherlands in time. As described in our framework for establishing the CCyB (2022), we thus aim for a 2% CCyB in a standard risk environment. This is a situation in which cyclical risks are not particularly high but also not particularly low. It is a better way to recognise that measuring cyclical risks always involves uncertainty. The current risk profile fits a standard risk environment. For example, it shows that the Dutch economy has recovered since the outbreak of COVID-19, that the Dutch financial sector remains resilient, and that cyclical risks are at “normal” to elevated levels. At the same time, the war in Ukraine is creating additional uncertainty. Against this background, we have decided to activate a 1% CCyB in the Netherlands; this constitutes a first step towards the intended 2% CCyB target in a standard risk environment.

The increase in this buffer comes at a time when Dutch banks are well capitalised. As a result, the cost of complying with the new requirement is relatively low. With the activation of the CCyB, all banks in the Netherlands will have capital that DNB can immediately release if necessary. This puts banks in a better position to cope with (unexpected) crises. The capital surcharge can also be released while it is still being built up. This is an additional advantage if the financial cycle in the Netherlands were to turn fundamentally because of the war in Ukraine. We announced the activation of the CCyB in our six-monthly Financial Stability Report (FSR) of 25 May 2022. The CCyB brings the amount of "fixed" and releasable buffer capital into better balance.

What are other countries doing?

The activation of the CCyB in the Netherlands fits within a broader European trend. Since the COVID-19 crisis, fourteen other European countries have already activated the buffer (Figure 1). Recently, for example, Germany, France and several Scandinavian countries have increased the buffer. Because the COVID-19 crisis has underlined the importance of building up “releaseable” capital in a timely manner, many European countries – just like the Netherlands – have set up or adapted their CCyB framework whereby the buffer can be built up early in the financial cycle. This group of countries includes the United Kingdom and Sweden.

Figure 1 - CCyB percentages of European countries that have activated the buffer, percentages 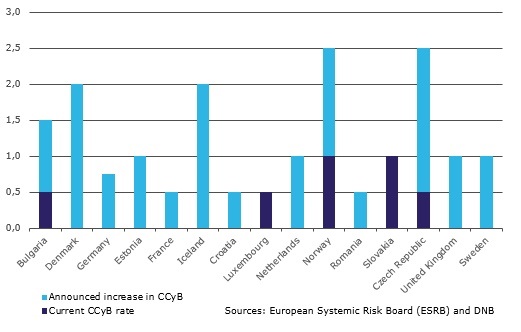 What does the activation of the CCyB mean for customers of Dutch banks?

Partly because Dutch banks are well capitalised, we consider the impact of the CCyB requirement on banks' funding costs to be manageable. The buffer increase is not expected to lead to higher lending rates for Dutch customers. At the same time, this capital surcharge does make banks more resilient to cyclical risks or the materialisation of (unexpected) systemic risks. Therefore, this instrument contributes to financial stability.