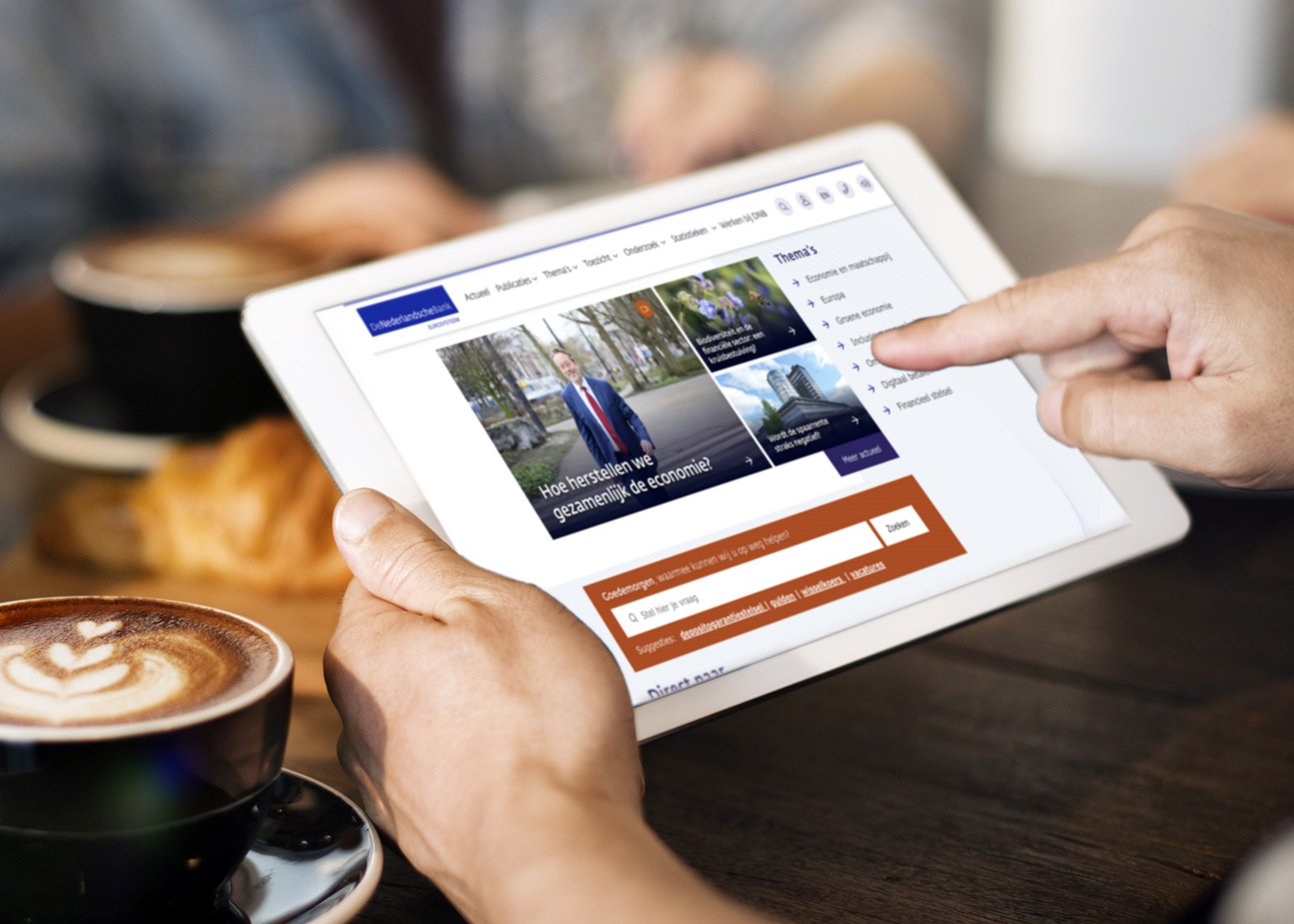 Prolonged low interest rates constitute one of the major risks to financial stability internationally. Financial conditions have been accommodative for several years now.This reduces incentives for bringing down debts and lead to distorted pricing in financial markets, which could cause asset price bubbles.Likewise, persistently low interest rates weigh heavily on the financial position of pension funds and life insurers, which could incite them to take additional risks. This emerges from the Autumn 2019 Financial Stability Report, which De Nederlandsche Bank (DNB) published today.

Over the past three decades, interest rates have followed a downward trend, both in nominal and in real terms. This is mostly caused by structural factors, such as lower potential growth and population ageing. Monetary policy also plays a role, as the policy rate moves above and below the interest rate that is determined by structural factors. Downside risks to economic growth and low inflationary pressures have recently prompted the European Central Bank (ECB) to further loosen its monetary policy in the euro area. The United States has likewise reverted to easing its monetary policy.

Key downside risks at the moment are the trade war between the United States and China, uncertainty surrounding Brexit, and intensified geopolitical tensions in other parts of the world. These factors foster uncertainty, thereby potentially eroding investor and business confidence and harming global trade. Furthermore, dormant risks of a rekindling debt crisis in Europe will remain as long as the harmful interaction between governments and banks is not broken. Similarly, new developments seen in financial markets, such as the strong growth in leveraged loans, and in the payments landscape, such as the rise of BigTechs, have the potential to create financial instability in the long run.

In the Netherlands, the housing market poses the biggest threat to financial stability

The imbalances in the Dutch housing market harbour the principal domestic financial stability risk. Systemic risk inherent in the housing market has increased over the past few years. A potential house price correction will hit Dutch households and banks the hardest. We intend to impose a floor for mortgage portfolio risk weights to improve the banks’ resilience. This means Dutch banks, taken together, will need to maintain around EUR 3 billion in additional capital against their mortgage loan portfolios. For more details of this measure, see the FSR on the bottom of the page. 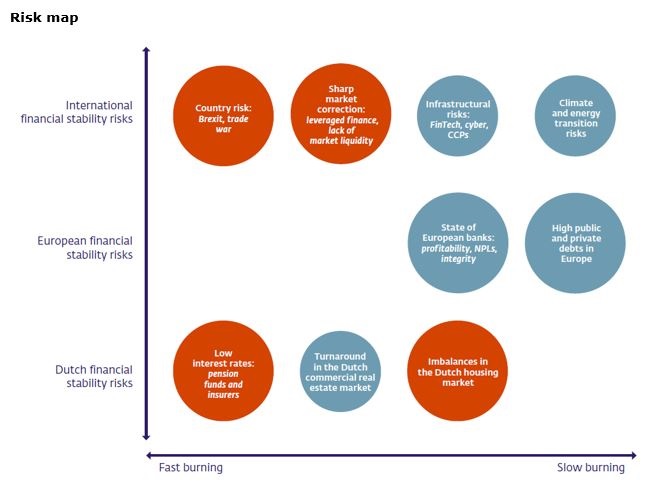 Note: The risk map presents a schematic overview of the main risks to financial stability. The colour of the circles reflects whether, viewed over the medium term, a risk increases (red), decreases (green) or remains unchanged (grey).