A new coin starts with a new design. Artists are invited to create a design for a new collector coin. For example, a €5 or €10 coin commemorating an event or a person. The State Secretary for Finance lays down the final design in a Royal Decree. On behalf of the State, DNB orders the production of the coins. DNB holds a tender to select a mint to produce the coins. Collectors and other interested parties can buy collector coins from, for example, the Royal Dutch Mint.

The first coin to commemorate Piet Mondrian was minted on 28 September 2022. The artist was born in Amersfoort 150 years ago. His abstract geometric paintings are known across the globe, particularly due to their striking grid lines and primary colours. His work revolutionised painting. This coin commemorates Mondrian as a pioneer of abstract art. 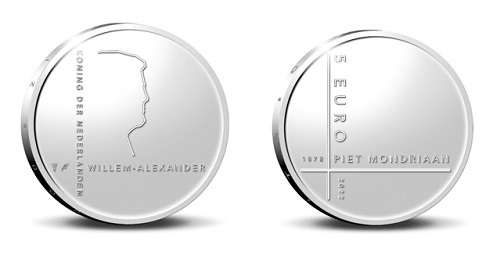 On 29 June, all euro countries jointly issued a special €2 coin. The commemorative coin celebrates the 35th anniversary of the European Erasmus student exchange programme programme. As well as depicting Erasmus, the design by Joaquin Jimenez illustrates the significance of the Erasmus programme. The lines crossing the coin and connecting the stars symbolise the student exchanges that made this European Union initiative such a resounding success. 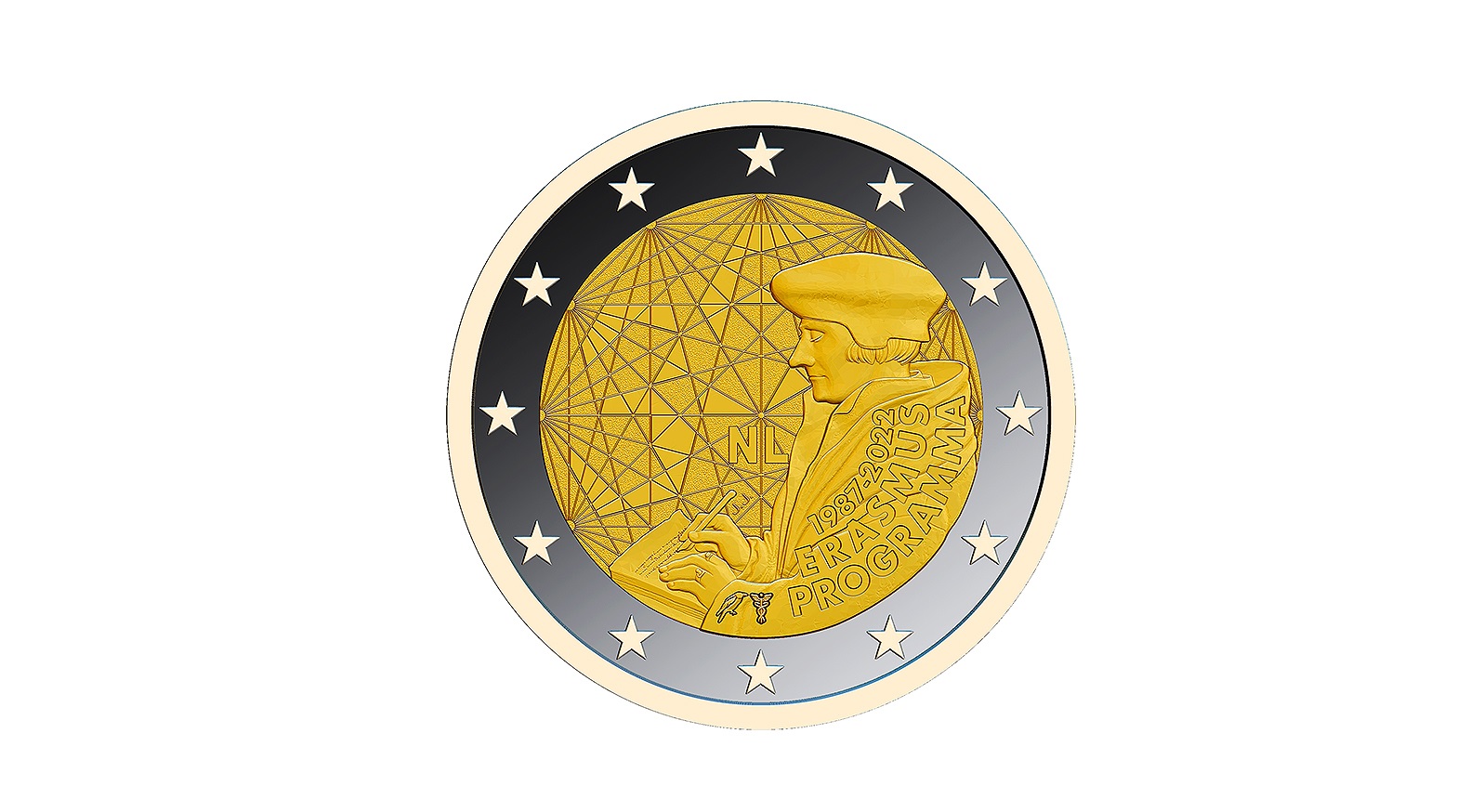 Commemorative coin honouring the 30th anniversary of the Maastricht Treaty

At DNB, you can exchange collector coins for regular euros. Consult this page  for the possibilities and conditions.