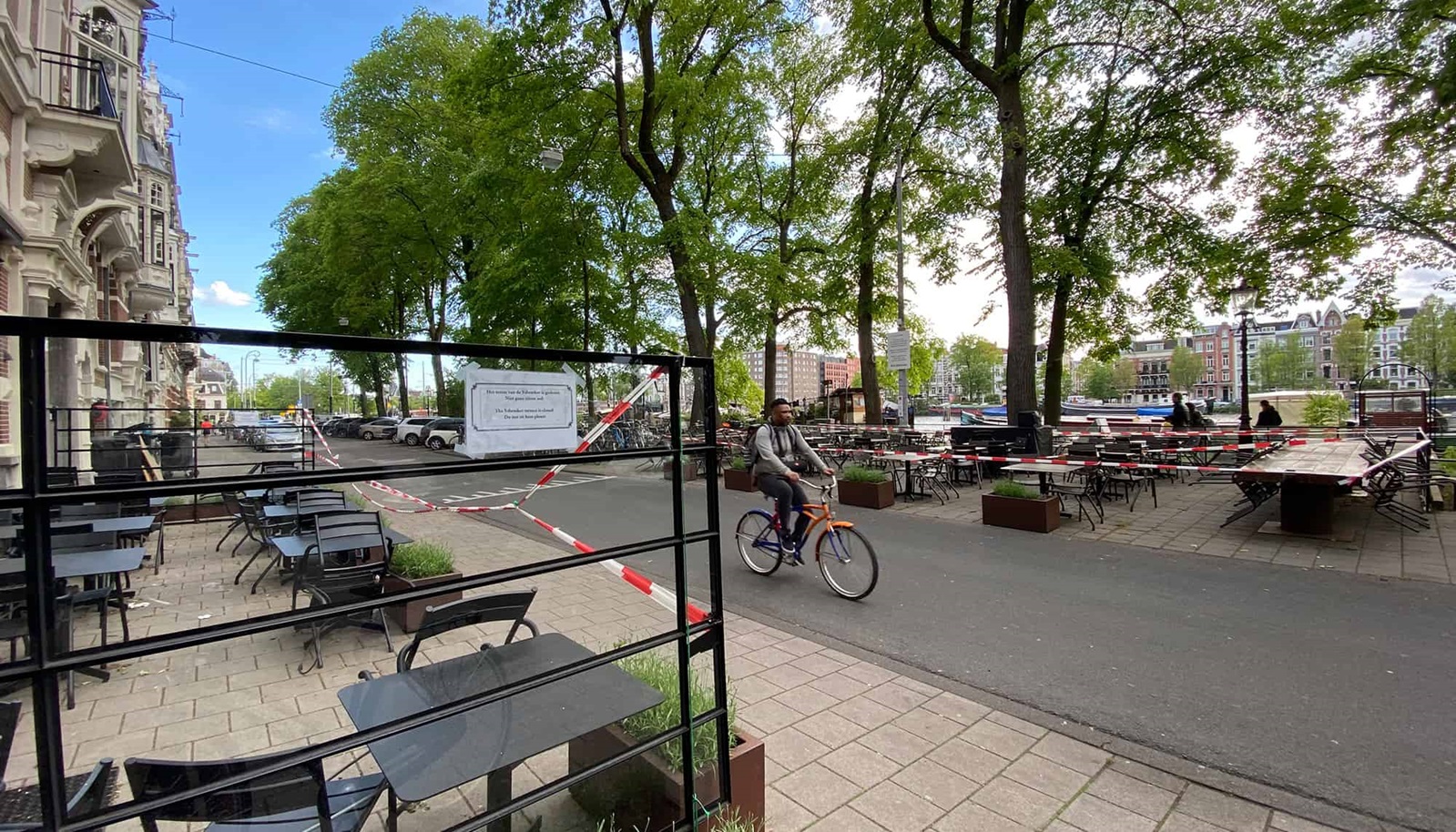 Dutch consumers are concerned about their jobs, their income and the value of their assets. They expect to feel the economic consequences of the coronavirus outbreak for a long time to come. If they were to receive EUR 1,000 in financial support, they would use it primarily to create financial buffers and to limit payment arrears and debt accumulation, and to a lesser extent for additional consumption.

This emerged from a survey which DNB held in cooperation with the University of Bonn among participants in CentERdata's LISS panel. The survey is representative of the Dutch population aged 16 and over. It was completed by over 5,000 respondents after the Dutch government had announced the economic support package for preserving jobs and incomes. A large majority of respondents consider the government's response appropriate.

A large majority of the Dutch population expect to be financially affected by the coronavirus outbreak and the measures to combat it. Around one in six employees expect they may well lose their jobs in the next 12 months. Over 40 percent of the self-employed individuals expect to be without work. 60% of respondents aged 65 and over expect their pension benefits to be cut. One in two expect a significant decrease in the value of their assets (home and other investments) over the coming months, even though at the time of the survey, equity indices had already dropped sharply. In the year ahead, two out of three Dutch expect to i) lose their job or almost all work as a self-employed individual, ii) face a cut in pension entitlements, or iii) experience a substantial drop in the value of their assets. These concerns have an impact on the financial situation of consumers, the majority of which say they will cut down on spending. One in eight Dutch consumers expect to have difficulty paying their debts in the next 12 months.

Figure 1 How long will the economic crisis last? 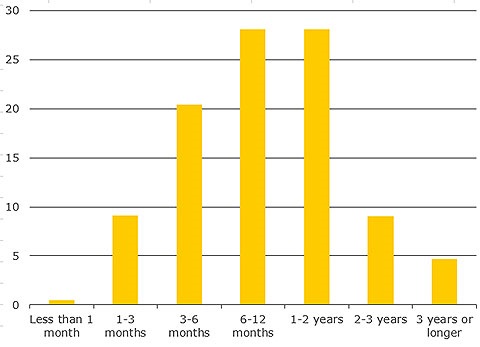 Half the amount in direct financial support would be saved

The Dutch support package of economic measures primarily focuses on businesses and self-employed individuals in a bid to protect the jobs and incomes of as many people as possible. In the United States, the emergency support package also includes direct financial support to households. When asked what they would do if the Dutch government gave them EUR 1,000, respondents on average said they would save almost half of the amount, which would strengthen their financial buffers (see Figure 2). A further share of the amount would be used to provide for basic needs and fulfil payment obligations – e.g. basic food, energy bills, mortgage payments and insurance premiums – which households would otherwise be unable to pay (22%), and financial support to family and friends (14%). Both are presumably aimed at limiting debt accumulation and payment arrears. Compared with a previous survey, a larger share of the amount would be given away – a gesture of solidarity at a time when many households are affected by coronavirus and its economic consequences. Conversely, a smaller portion would be used for sustaining spending on categories other than basic needs (9%) or for additional spending on durable goods (6%). These results suggest that at this stage of combating coronavirus, the Dutch are more likely than usual to use a one-off income increase to strengthen financial buffers, while exercising caution with regard to spending. 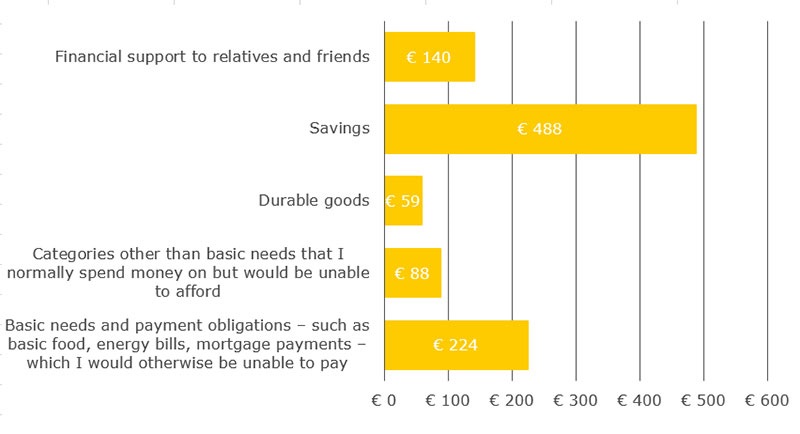 Note: amounts are averaged across all respondents and do not add up to EUR 1,000 due to rounding differences. Source: LISS panel survey (20-31 March).