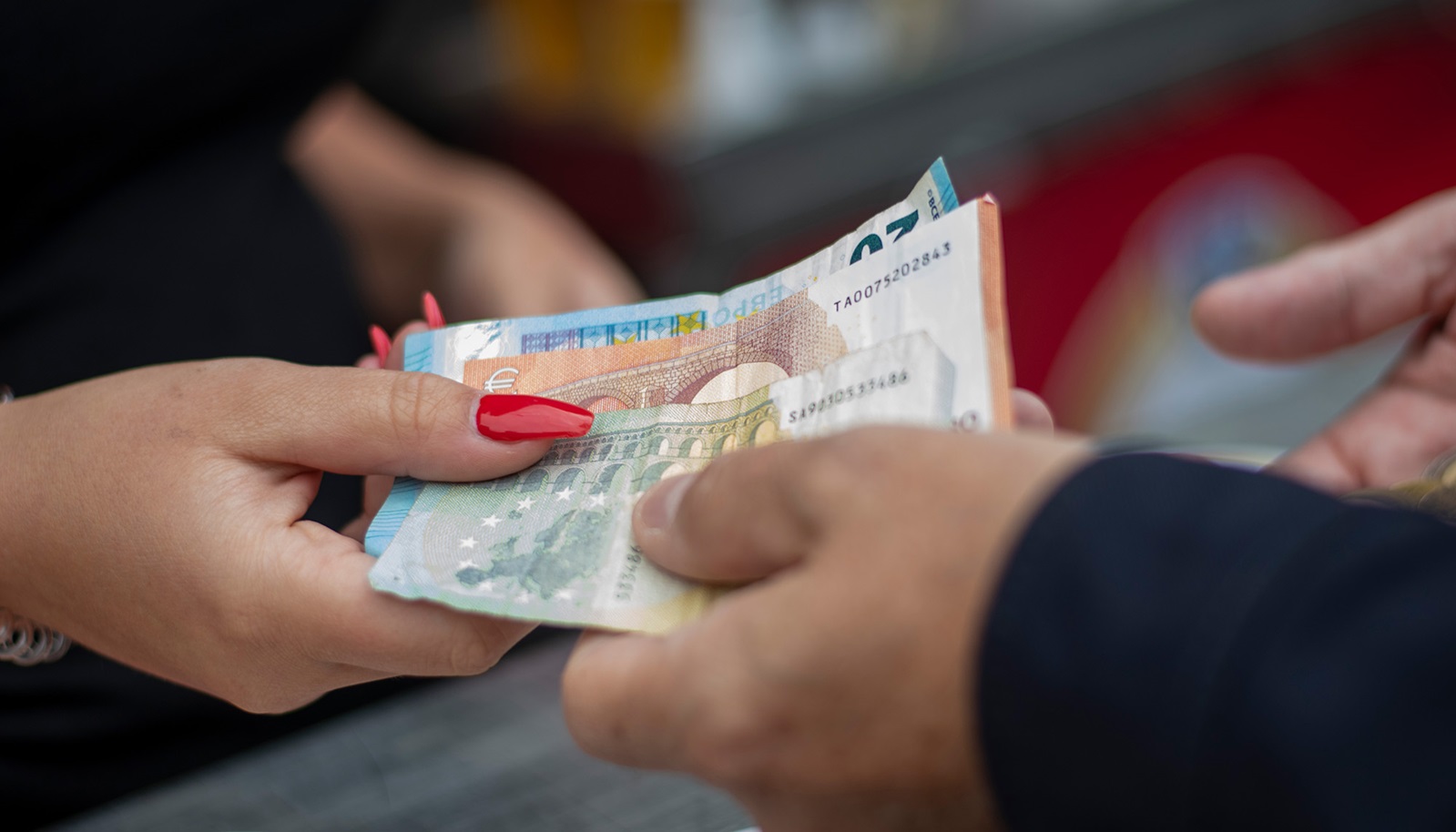 Consumers were able to pay in cash at 97% of all retailers as at mid-2019. This emerged from a DNB-commissioned study into cash acceptance by retailers and their reasons for accepting or refusing cash. Cash is still the most widely accepted means of payment. However, some retailers say they may no longer accept cash in the future for cost and security reasons.

Acceptance of cash is high

Consumers in the Netherlands can choose their preferred method of payment at most retailers. Although the use of cash at points of sale is declining, broad acceptance by retailers is also important – for example as a fall-back option in the event of POS terminal disruptions. The study, in which over 1,000 retailers participated, shows that cash is still the most widely accepted means of payment for point-of-sale transactions, at 97% (see Figure 1). Debit card payments are the next most popular payment method, with acceptance standing at 87%. There are substantial differences between individual sectors, however. Acceptance of cash and debit cards is the highest at petrol stations, large and small retailers, at >=98% and >=92%, respectively. It is the lowest in the entertainment sector, at 93% for cash and 80% for debit cards. A mere 3% of all retailers said they used a debit card-only policy, mostly for efficiency and security reasons.

Figure 1: Retail acceptance of cash and cards in the Netherlands 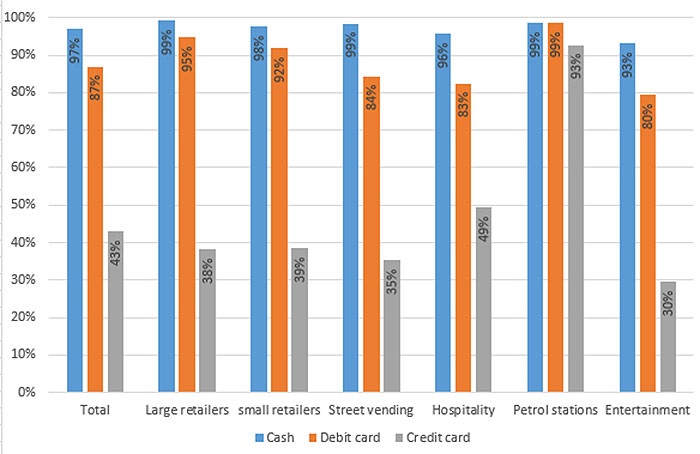 A similar study into retail payments in Amsterdam shows that at 93%, acceptance of cash payments by retailers is below the national average. In the hospitality and entertainment industries in particular (89% and 90%, respectively), cash payments are no longer generally accepted. Amsterdam retailers cite security as a motive for switching to cashless operations more often than retailers at a national level. At 69%, their level of credit card acceptance is also higher than the national average (43%). This may be due to the payment preferences of tourists. The study found no significant difference between Amsterdam and the rest of the Netherlands in terms of debit card acceptance.

The study zoomed in specifically on the pharmacy sector. In March 2019, the Dutch House of Representatives adopted the stance that cash should always be accepted in this sector, since medicines qualify as necessity goods. A sample showed that cash acceptance at pharmacies is 94%. Most pharmacies will still accept cash from customers who do not carry a card, or send them a bill.

A survey conducted as part of a 2015 DNB study showed that cash acceptance by retailers at that time amounted to 100%. This means 3% of retailers now no longer accept cash. Retailers were asked to assess the likelihood of no longer accepting cash within the next five years.14% of retailers in the Netherlands as a whole, and 19% of retailers in Amsterdam, said this likelihood was 50% or higher (see Table 1). In the hospitality and entertainment industries these percentages were significantly higher. In Amsterdam they were 25% and 33% respectively. Based on these figures, acceptance of cash is set to decline further in the years ahead.

Table 1: Likelihood of switching to non-cash operations within the next five years


Not all municipalities accept cash

Some years ago, the Accessibility Monitor of the National Forum on the Payment System (NFPS) found that an increasing number of municipalities were pursuing a debit card-only policy. The NFPS expressed its discontent with this situation in 2015. Municipalities have a monopoly position, and consumers applying for a passport, for example, cannot simply go to another provider if they wish to pay for it in cash. A survey of municipality websites in October 2019 showed that the majority of all 355 municipalities accept both cash and debit card payments. However, cash payments are not accepted in 26 municipalities, serving 9% of the Dutch population. The websites of these municipalities state for example that all payments must be made by card. Four municipalities allow cash payments, but apply a no-change policy. This is an undesirable situation, since municipalities should adopt an inclusive policy instead of restricting their citizens’ right to pay in cash.