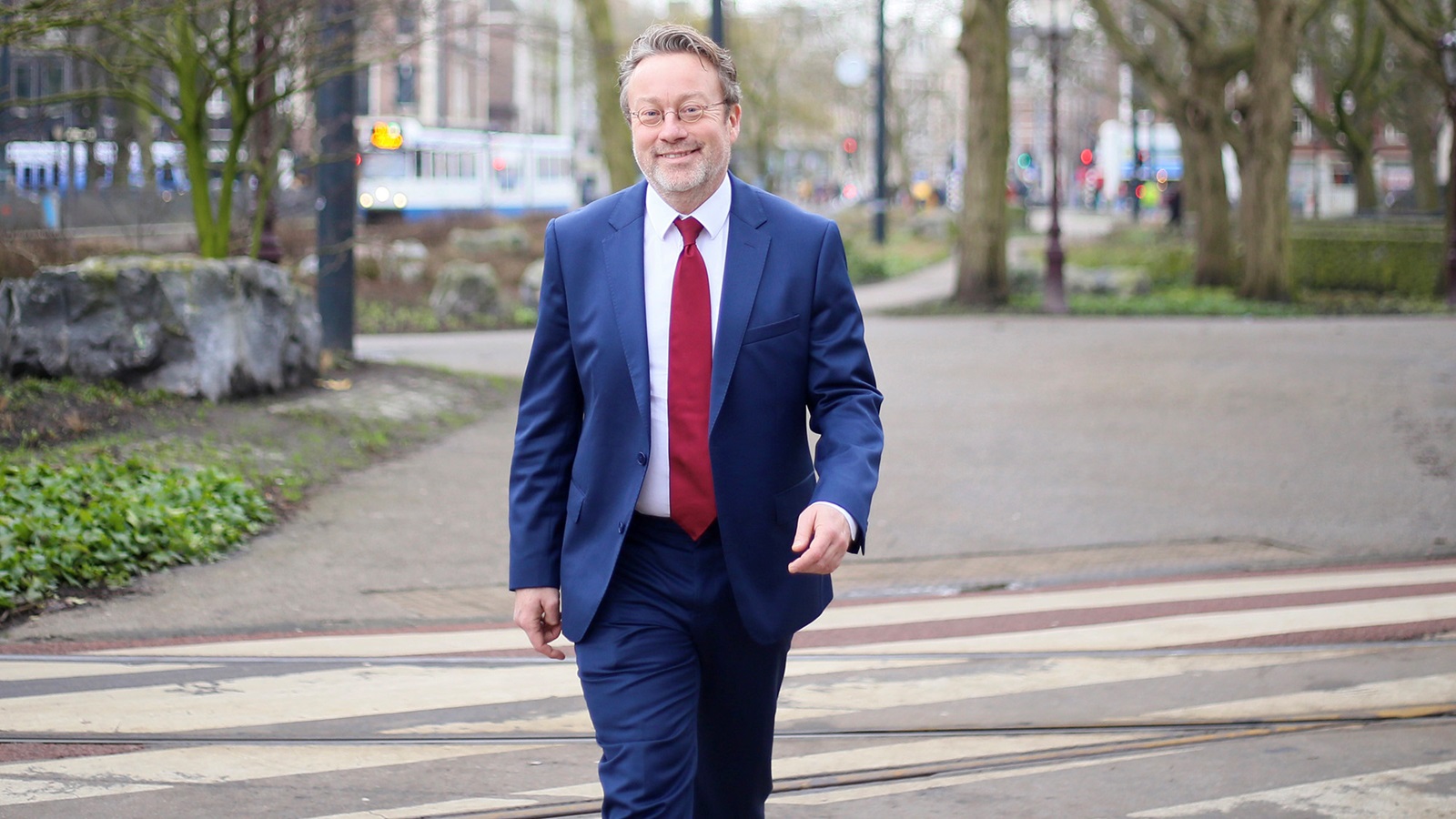 We have taken the atypical step of releasing interim projections, between our regular December and June projections. In his economics blog, Olaf Sleijpen explains: “Our economy shows not only adaptability but also resilience.”

Economics blog
Each month, DNB Executive Director and chief economist Olaf Sleijpen writes about noteworthy developments in his professional field. He shares his view on large and small matters, ranging from the Dutch economy to global issues.

It's a well-known anecdote among economists. A frustrated US President Harry Truman once demanded to be given a one-handed economist. “All my economists say ‘on the one hand...’, then ‘but on the other...’”.. However, economics can never provide absolute certainty – after all, it is not an absolute science. The reality of everyday life simply cannot be perfectly captured in econometric models, and perhaps rightly so. That said, models improve our insight into relationships between economic variables.

So economic predictions invariably involve some degree of uncertainty. In 2020, as the world economy was rocked by a pandemic, unprecedented uncertainty prompted many economists to produce not only projections but also favourable and adverse scenarios. In December our assumption was that the start of 2021 would see a gradual return to normal conditions. However, social distancing rules were tightened as infection numbers increased rapidly. One year into the pandemic, the good news is that the outlook is gradually starting to look brighter as vaccination offers the prospect of bringing the virus under control. This is why we have decided to release interim projections, between our regular December and June projections.

We expect economic growth to reach 2.2% this year, and 4.2% in 2022. 2021 is set to be a year of two halves. An initial slight contraction on the back of the social distancing rules should be followed by robust recovery from the summer onwards, as the measures are gradually eased. For 2021 and 2022 combined, we have adjusted our December growth projections slightly upwards. Unemployment will rise, increasing to 4.6% in 2021 and 5.3% in 2022. Public finances will deteriorate, but will not worsen to the extent we previously expected. In both years, government debt should remain just below the 60% threshold set in the Maastricht Treaty. The deficit will widen to 6.4% of GDP this year and narrow to 2.6% next year, when the government will have scaled back its relief packages.

Firstly, our economy appears to have adjusted well to the harsh conditions. Whereas the second quarter of 2020 saw an unprecedented contraction, we expect the economy to recede relatively mildly in first quarter of 2021 in a much lockdown that is much the same. Many other countries are experiencing the same pattern. Secondly, in a related development, most economic indicators actually turned out better than projected. Our interim projection is somewhere between our baseline projection and the favourable scenario of December 2020. This means that our economy shows not only adaptability but also resilience, as demonstrated in the third quarter of 2020, when the huge economic losses of the prior quarter were largely redressed as the Dutch economy opened up again. Before the virus struck, the Dutch economy was in pole position as buffers, notably in government budgets and banks have proved their worth, acting as cushions for the battered economy.

Secondly, the Netherlands appears to have emerged from the crises with fewer scars than other countries. The buffers I mentioned above and the government's relief packages undoubtedly play a role here. Also, digitalisation is relatively widespread throughout the Dutch economy, which has allowed employees to continue most activities from home. In addition, the Netherlands is less dependant on tourism than some southern EU member states, while the pandemic has hit the travel sector particularly hard. Economic recovery in the Netherlands seems to be less pronounced because the contraction was less severe.

Finally, there are huge differences between different sectors of the economy. Whereas some sectors are actually showing growth, others are suffering heavily. Tied to this is of course a great deal of financial and social misery, with employees losing their jobs and business owners seeing their life's work at risk. While government relief has  provided sorely needed emergency support, it  must be scaled back once the pandemic is under control. As I mentioned before, the Dutch economy has proved its resilience, and firms should be able to stand on their own feet again. It is important we prevent businesses that emerge from the crisis still essentially healthy from going under anyway due to high debts. Where needed, banks and the tax authorities can make crucial positive contributions in business restructuring.

In mid-June we will be releasing our regular twice-yearly projections. We do not yet know whether the overall picture will be still better than expected. The sooner everyone is vaccinated, the sooner the economy will be allowed to open up, and the sooner growth will pick up. Mutant coronavirus strains that are vaccine-resistant could throw a spanner in the works. But as Klaas Knot reminded us during our Annual Report press conference, last year we found ourselves vacillating between hope and fear, but now hope is swelling.

Member of DNB’s Governing Board