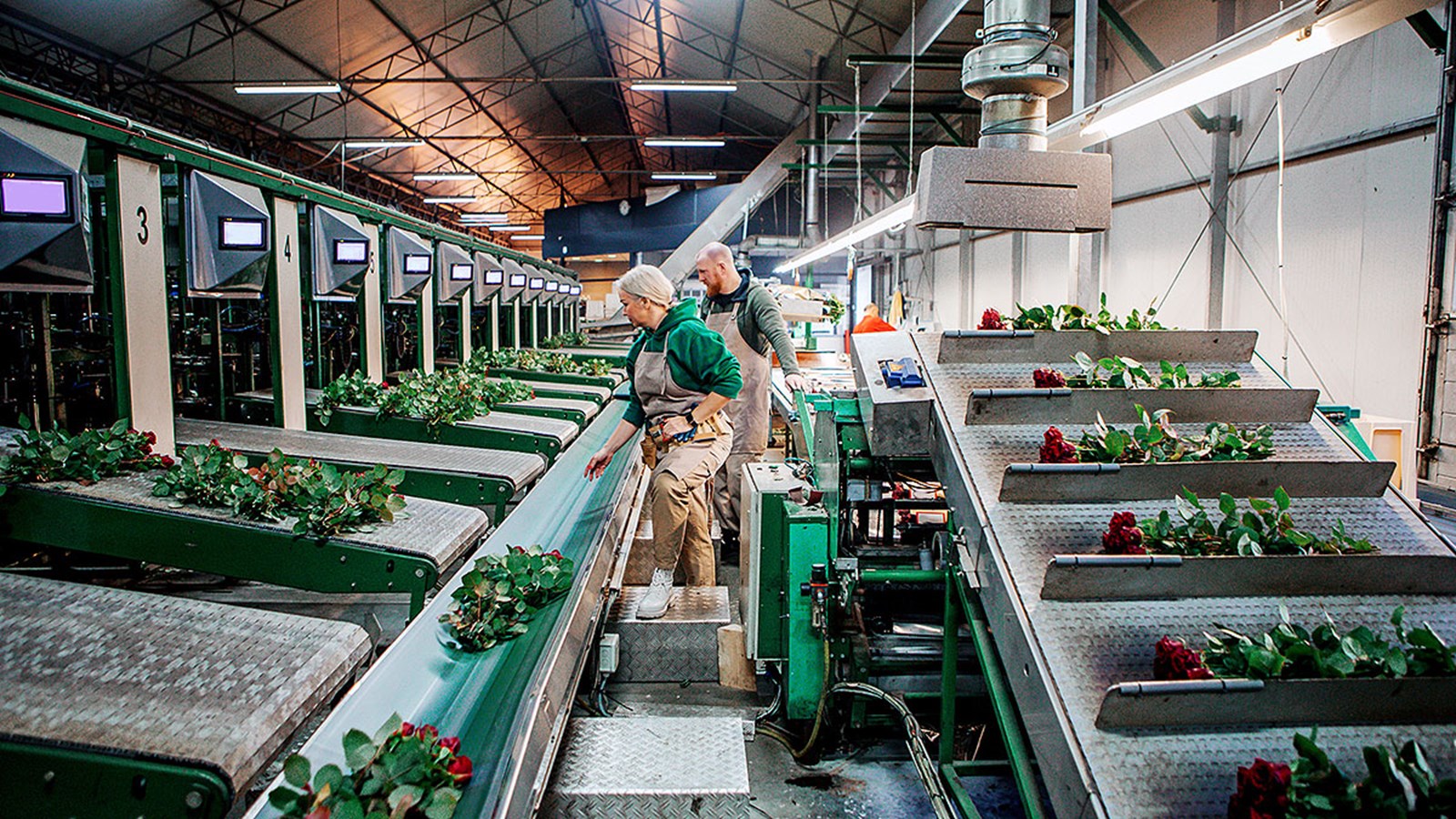 A recent DNB analysis finds that the main driver behind the pre-pandemic sluggish corporate credit growth has been subdued demand. It also suggests that corporate bank lending in the Netherlands decreases more after a crisis and takes longer to recover compared to the rest of the euro area. The slower recovery of credit growth in the Netherlands could be explained by a faster recovery in repayments compared to the rest of the euro area after a negative demand shock. Sizeable repayments could be a sign of deleveraging needs by non-financial corporations or less reliance on bank finance.

Since the global financial crisis and until the onset of the corona crisis, the growth of corporate bank lending has been subdued in the Netherlands, also when compared to the euro area (Figure 1). A recurring question among policymakers is whether this has been driven by restricted credit supply or weak demand for loans (or both). Understanding the relative role of credit supply and demand is important since they have different implications for policy making. For example, addressing weak demand may require measures to support the real economy, while supply-side constraints would call for policies to remove the barriers experienced by credit suppliers.

Figure 1 - Growth of corporate bank lending in NL and EA

A DNB analysis finds that domestic bank lending growth has been mostly driven by common shocks that originate in the foreign (or global) economy rather than in the domestic economy. Examples are the global financial crisis or the sovereign debt crisis. Moreover, within these common shocks, domestic bank lending growth has been mostly driven by demand shocks (red bars in Figure 2) and to a lesser extent by credit supply shocks (yellow bars). In line with the literature, credit supply shocks play an important role mainly during crises periods, as it was the case during the euro area sovereign debt crisis. However, the impact of credit supply shocks on credit growth seems to have gradually declined thereafter. In contrast, the importance of common demand shocks is high and relatively constant throughout the sample period. 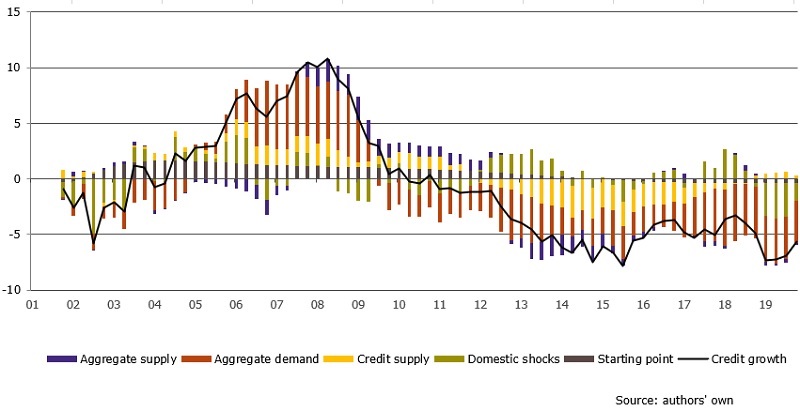 Note: The figure shows a historical decomposition of the annual growth of outstanding loans extended by Dutch banks to Dutch NFCs over time: at each quarter the observed variable (the black line) is equal to the sum of four different shocks indicated with a bar with a different colour. The starting point refers to the unexplained part of the growth in the first years of the time series – complete decomposition of the data into shocks is not possible here. Domestic shocks refer to shocks that only affect the Dutch economy.

The DNB analysis also finds that the response of corporate bank lending to a common demand shock is stronger and much more persistent in the Netherlands than in the rest of the euro area. This implies that corporate bank lending in the Netherlands decreases more after a global crisis and it also takes longer to recover. However, the change in outstanding loans is based on net flows and conceals underlying dynamics in new loans and repayments. In order to understand this dynamic better, it is helpful to disentangle outstanding loan growth into new loans and repayments. As data on repayments do not exist, an estimate has been made. It follows that whereas the dynamics of new loans in the Netherlands are similar to the euro area, repayments recover faster after a negative demand shock. This suppresses the growth rate of outstanding loans relatively strongly. As data on new loans and repayments consist of loans supplied by Dutch banks to all firms in the euro area, the repayment behavior of Dutch firms cannot be observed directly. However, as the lion’s share of lending by Dutch banks goes to Dutch firms, these findings strongly suggest that sizeable repayments are one of the potential explanations behind the difference in corporate bank lending in the euro area and the Netherlands.

Sizeable repayments could be a sign of deleveraging needs. By 2015, the corporate debt to GDP ratio in the Netherlands was among the highest in the euro area. Since then, both debt-to-assets and debt-to-GDP ratios of Dutch firms have been declining. Sufficient liquidity of the corporate sector and an increase of non-bank finance might have been facilitating repayments of bank loans. ECB data show that the share of internal funding in total funding is relatively large for Dutch firms, and in the last decade there was a somewhat higher issuance of shares and bonds compared to the rest of the euro area.

Findings could be different for small firms

These findings are based on lending to all (non-financial) firms. The finding that credit growth has been particularly low due to subdued demand therefore does not necessarily hold for smaller firms (SMEs). It could still be the case that for SMEs, supply bottlenecks also play an important role. However, due to data limitations, it is not possible to perform the analysis on SMEs and large firms separately. Nonetheless, lending to SMEs in the Netherlands remains a point of concern for policymakers. For example, Dutch SMEs pay relatively high interest rate on their loans compared to their euro area peers and larger Dutch firms. Furthermore, Dutch SMEs report more often than their peers in the rest of the euro area that their bank loan application is rejected. The introduction of a credit register can contribute to a better access to finance for SMEs.