At the last decision in September 2020, DNB left the CCyB unchanged at 0 percent. One of the main considerations underlying this decision has been the subdued trend of credit growth. This situation has not fundamentally changed: lending is still showing below-trend growth (Chart 1). This credit gap, as it is known, is internationally considered as one of the key indicators for the CCyB. Besides the credit gap, DNB closely monitors other variables as well, such as trends in real estate prices and credit growth in subsectors (Table 1).

Further, in view of the current uncertainty we see no grounds at this stage to activate the CCyB. More information with regards to this decision can be found in our most recent Financial Stability Report (FSR).

In this light DNB has decided to leave the CCyB unchanged at 0%. DNB intends to build up a CCyB of 2% in the foreseeable future. Additional information about this intention can be found here. 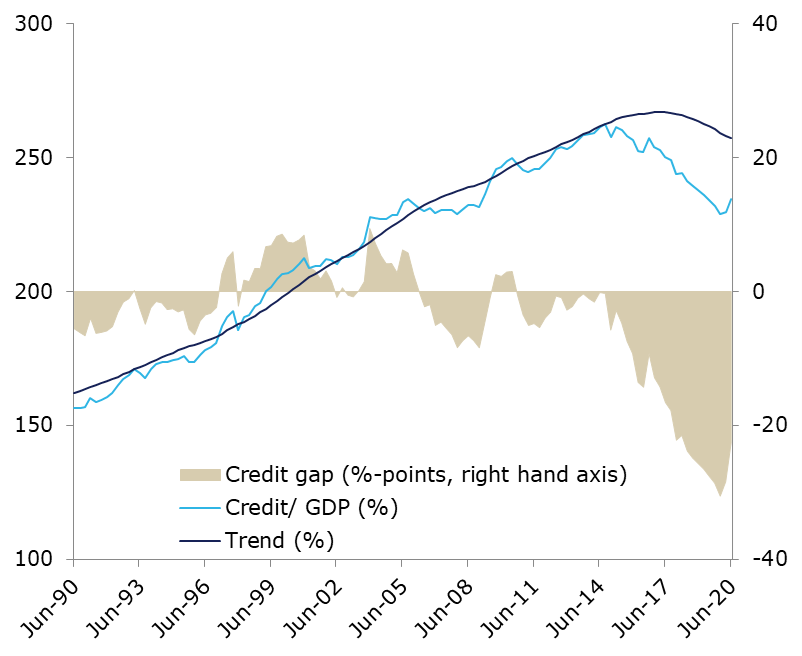 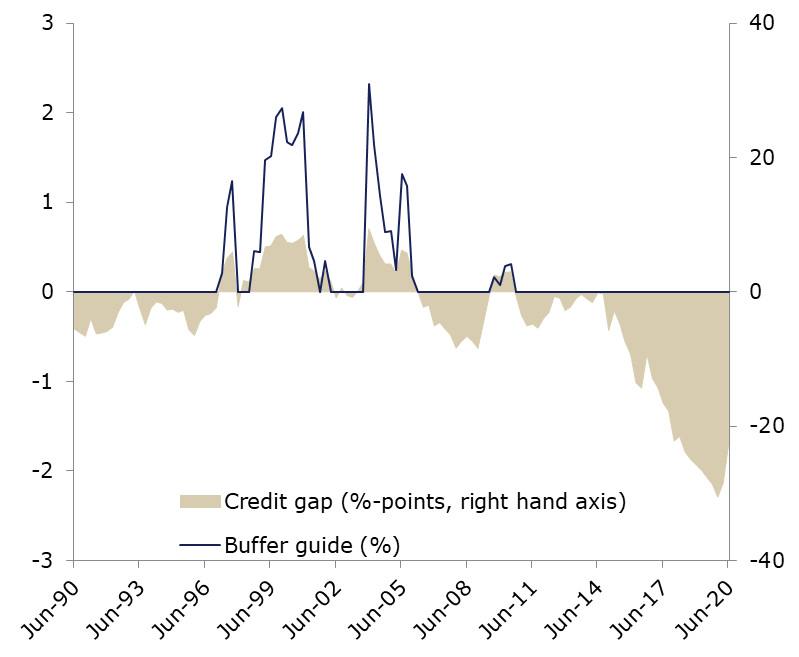 *Based on statistics ranging from Q1 1960 up to and including Q2 2020.
The credit/GDP-trend has been calculated using a HP-filter. The buffer guide is a mechanical mapping of the credit gap into a buffer add-on. See ESRB (2014), Recommendation on guidance for setting countercyclical buffer rates, ESRB/2014/1, for the calculation.
Source: Statistics Netherlands, DNB