DNB increases the countercyclical capital buffer (CCyB) from 0% to 1%. The requirement will apply to all banks – both Dutch and foreign – that have loans outstanding in the Netherlands. For the Dutch banking sector as a whole, the requirement involves a capital charge of approximately EUR 3.3 billion. Provided the current risk environment does not significantly change, banks will have to comply with this requirement by 25 May 2023.

The purpose of the CCyB is to increase banks' resilience as cyclical risks build up, and to release the buffer as soon as risks materialise. This gives banks additional headroom to absorb losses in bad times, and it supports lending to businesses and consumers. This can limit the immediate impact of a crisis on the real economy. The CCyB applies to domestic exposures and has a mandatory reciprocity of up to 2.5%. Therefore, foreign banks with exposures in the Netherlands must also hold capital because of the 1% CCyB.

In accordance with our new framework for establishing the CCyB, we aim for a 2% CCyB in a standard risk environment (when cyclical systemic risks are neither particularly high nor particularly low)1. In doing so, we seek to better take account of the inherent uncertainty involved in measuring (cyclical) systemic risk. We then determine the size of the CCyB on the basis of a varied set of indicators (including the credit gap shown in Chart 1) that interpret the phase of the cyclical systemic risk and compare it with a structural trend (Table 1).

The risk environment that appears from the framework matches a standard risk environment. It shows that the Dutch economy has recovered substantially since the outbreak of the COVID-19 virus, that the Dutch financial sector is still sufficiently resilient, and that cyclical risks are at ‘normal’ to elevated levels. Although the war in Ukraine is causing additional uncertainty, no fundamental change in the cycle is apparent as yet. There is therefore reason to start building the CCyB.

We accordingly announced the activation of a 1% CCyB in our Financial Stability Report of 25 May 2022. In accordance with the applicable laws and regulations, it takes one year before the buffer takes effect on 25 May 2023. The activation of the 1% CCyB in the Netherlands is a first step towards the 2% CCyB that we eventually want banks to hold in a standard risk environment.

Figure 1: The credit gap for the Netherlands and the corresponding buffer guide* 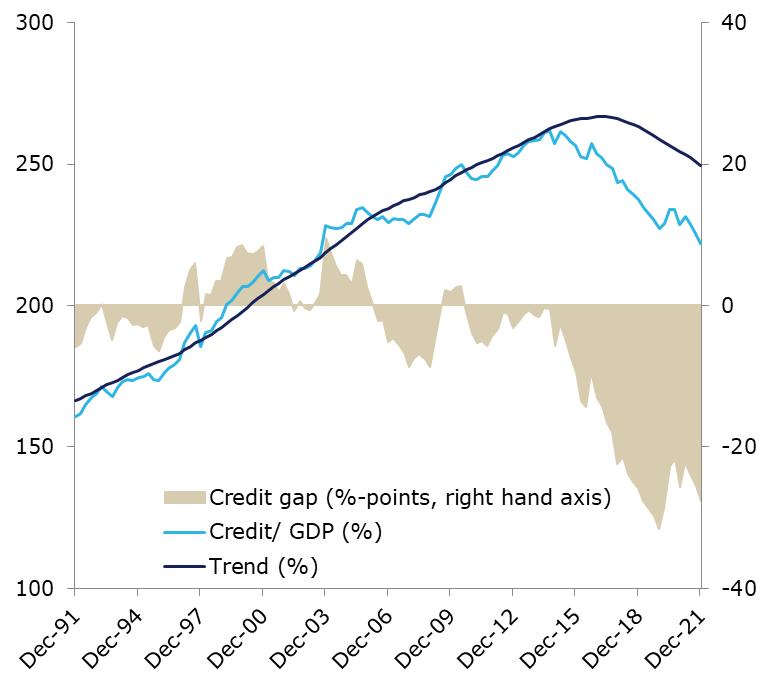 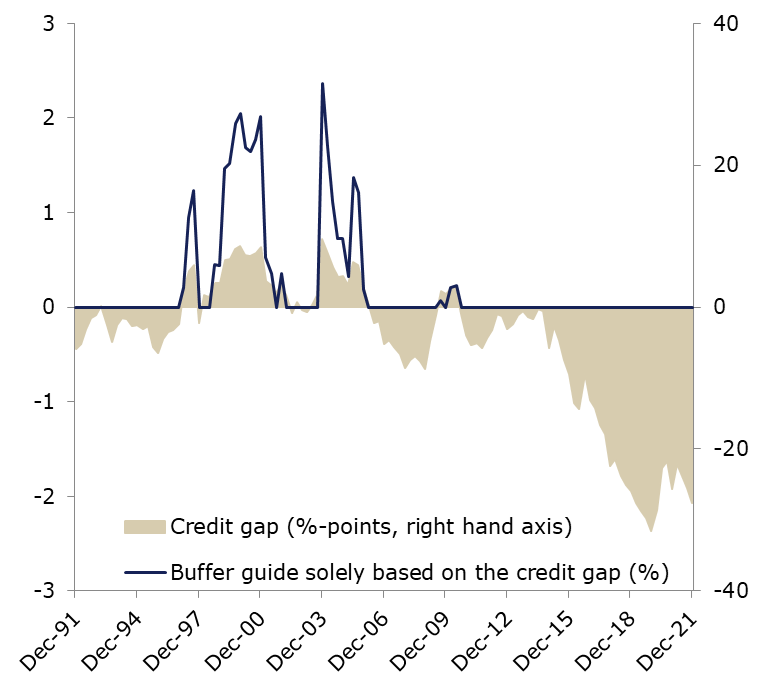 * Based on data series from 1960Q1 to 2021Q4. The trend was computed based on an HP filter. Source: Statistics Netherlands, DNB 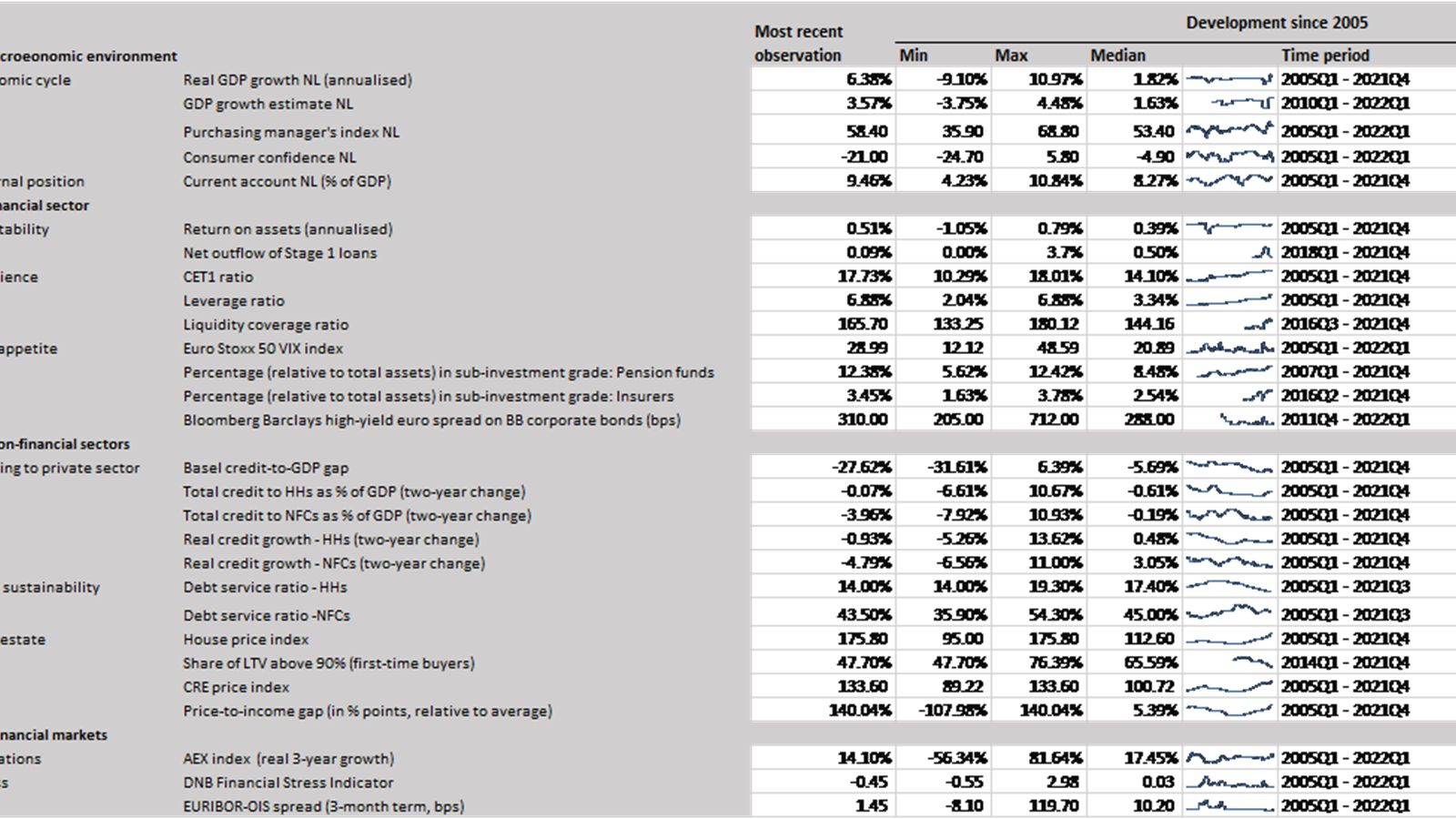 *An explanation and substantiation of the set of indicators can be found in DNB's CCyB framework (see this Dutch-language document). Source: BIS, Statistics Netherlands, DNB, ECB, Refinitiv.