The countercyclical capital buffer (CCyB) is a macroprudential instrument that aims to protect banks against systemic risks arising from excessive credit growth in a member state. It is a variable add-on to the minimum capital requirements of up to 2.5% of the domestic risk-weighted assets – or even higher, should the circumstances dictate.

At the last decision in December 2020, DNB left the CCyB unchanged at 0 percent. One of the main considerations underlying this decision was that economic and financial circumstances were not normalized yet. The situation has not fundamentally improved since our last decision. In light of the current fundamental uncertainties DNB stated that it will not announce a CCyB activation before the end of 2021. More information with regards to this decision can be found in our most recent Financial Stability Report (FSR).

The fact that DNB did not activate the CCyB is also partly based on the subdued trend of credit growth. This situation has not fundamentally changed: lending is still showing below-trend growth (Chart 1). This credit gap, as it is known, is internationally considered as one of the key indicators for the CCyB. Besides the credit gap, DNB closely monitors other variables as well, such as trends in real estate prices and credit growth in subsectors (Table 1).

In this light DNB has decided to leave the CCyB unchanged at 0%. DNB intends to build up a CCyB of 2% in the foreseeable future. Additional information about this intention can be found here. 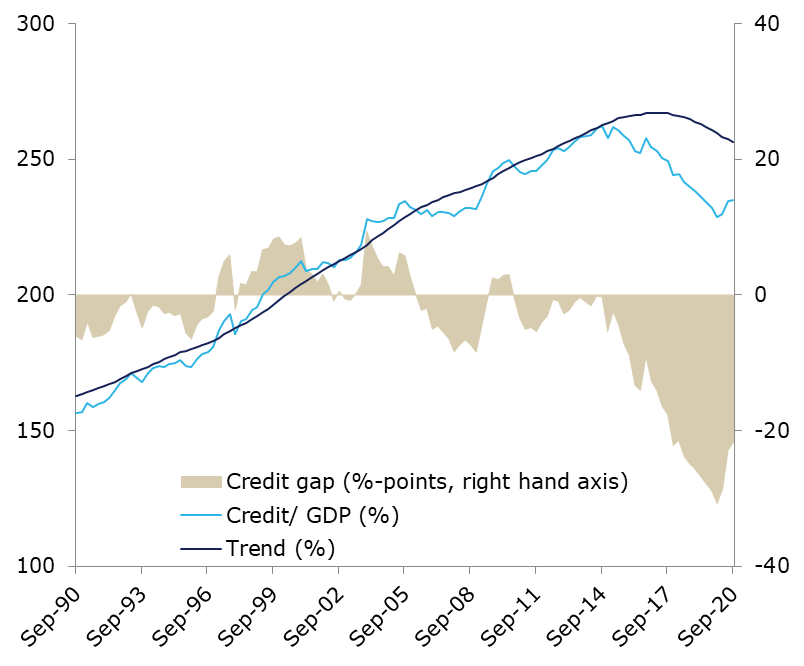 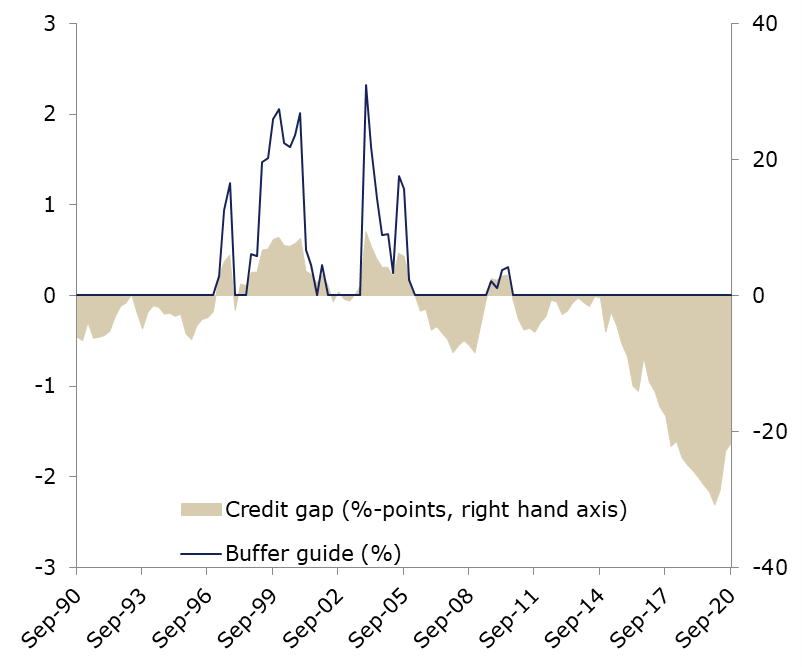 *Based on statistics ranging from Q1 1960 up to and including Q3 2020.
The credit/GDP-trend has been calculated using a HP-filter. The buffer guide is a mechanical mapping of the credit gap into a buffer add-on. See ESRB (2014), Recommendation on guidance for setting countercyclical buffer rates, ESRB/2014/1, for the calculation.
Source: Statistics Netherlands, DNB