Volume of Dutch bonds with negative yields has fallen sharply 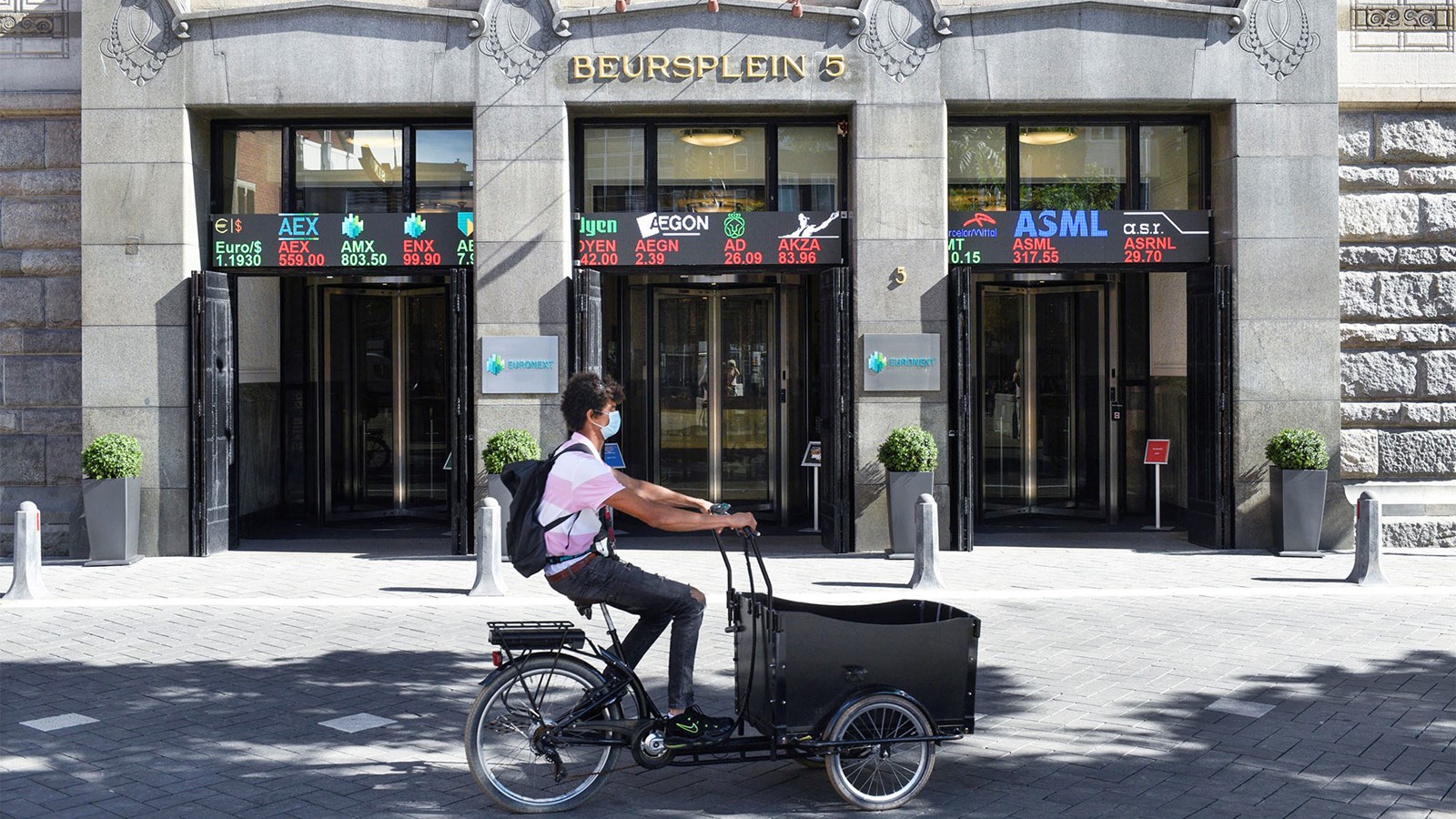 The proportion of bonds carrying negative yields fell sharply in the first half of 2021 on the back of rising market rates. As of 30 June 2021, the combined nominal value of Dutch bonds with negative yields totalled €624 billion, down €142 billion on 31 December 2020. It had previously climbed to a €795 billion all-time high in November 2020, but receded 22% since then.

An increasing proportion of bonds have carried negative yields over the past few years. Negative-yield bonds have been a prominent feature in European bond markets since the European Central Bank (ECB) announced its public-sector purchase programme in early 2015. In mid-2019, expected yield on Dutch sovereign bonds with a ten-year term to maturity dipped below 0% for the first time. Bonds with negative yields have the benefit that issuers seeking to raise funds have relatively low costs. Conversely, bond investors are forced to accept low yields, and indeed negative ones at times.

Dutch residents had €624 billion in outstanding negative-yield bonds, as of 30 June 2021, measured by nominal value. This means 32% of the Dutch bond market carried negative yields. In November 2020, this volume peaked at €795 billion, or 43% of the total Dutch bond market. Volumes of negative-yield bonds depend heavily on price fluctuations and related expected market rates. As a result, they can change rapidly and strongly. Issuers usually know their interest payments from the issue date over the remaining term. These payment do not change, but expected yields can fluctuate rapidly and strongly as market rate expectations and other factors vary.

Mainly sovereign bonds are in negative territory, but their proportion is also falling

The Dutch general government, which has AAA credit rating, is the predominant issuer of negative-yield debt securities in the Netherlands. Whereas at the beginning of 2020 almost all outstanding Dutch sovereign bonds (98%) were trading at negative yields, this proportion had fallen to 74% by 30 June 2021. This decrease is smaller in absolute terms, however, as the total amount of outstanding debt increased by about €35 billion, to €342 billion. During that period, yields on Dutch ten-year sovereign bonds went up from almost -0.5% to almost 0%. In other sectors, the proportion of negative-yield bonds also fell. For example, €193 billion in outstanding bank bonds carried negative yields as of 30 June 2021 (43%), against €259 billion (59%) as of 31 December 2020. As yet, Dutch non-financial corporations have mostly been unable to raise funds at negative interest rates. 12% of the outstanding value of Dutch corporate bonds carried negative yields as of 30 June 2021, or €18 billion, against 20%, or €28 billion at 31 December 2020.