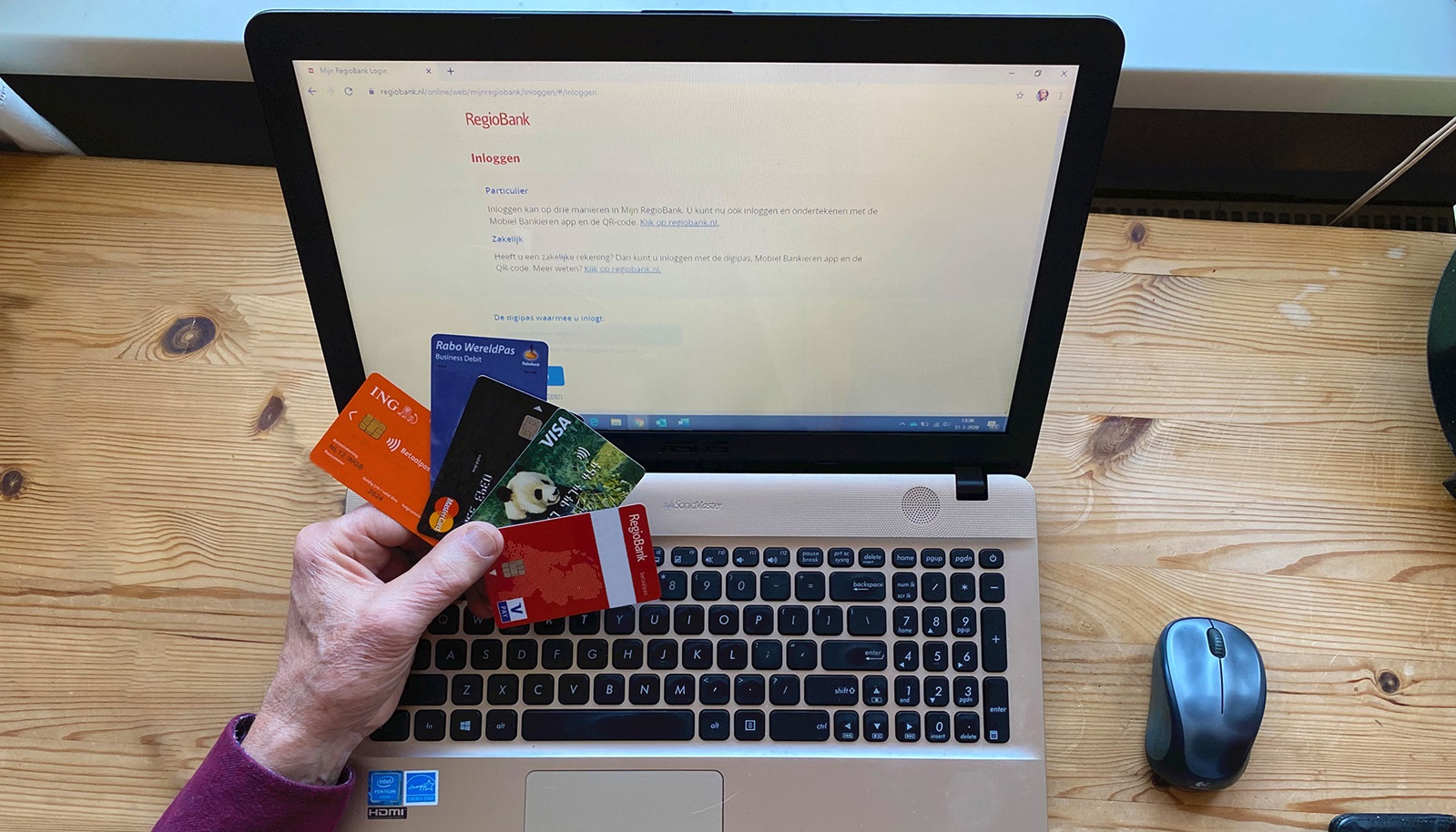 Introducing unique aliases for all payment account numbers in the Netherlands would entail costs that outstrip the benefits. While it would make switching to a different bank easier, its social costs would widely outstrip its benefits. This emerges from a DNB study commissioned by Wopke Hoekstra, the Dutch Minister of Finance. Obstacles to switching banks must be removed, according to a view often heard in society and in the political arena. We believe, however, that introducing aliases is not a suitable method.

An alias could be linked to an international bank account number (IBAN). When a consumer or firm switches banks, their alias remains unchanged, while the underlying bank account number changes. This would reduce the hassle involved in a switch. As this can only be achieved if everyone uses their alias, it must be enforced by law. We believe, however, that a system like this would not work properly if the Netherlands were alone in introducing it. It would be a good idea, however, to assess whether the cost-benefit ratio would be more favourable if the system were introduced at the European level and if its scope were extended beyond payments. At the same time, the Interbank Switch Support Service (Overstapservice) currently offered in the Netherlands can be further improved and promoted.

We have commissioned research agency SEO Amsterdam Economics to prepare a cost-benefit assessment. This shows that the costs of enforced alias use exclusively in the Netherlands would significantly exceed its benefits (see Figure 1). The net discounted value over a 10-year horizon would amount to EUR -580 million. This net amount represents the balance of almost EUR 0.5 billion in expected benefits and well over EUR 1 billion in expected costs. The 10-year horizon reflects the pace at which the payments landscape would change and IBANs would increasingly fade into the background. The outcome is surrounded by uncertainties, however. The most favourable scenario results in net benefits of EUR 5 million, whereas the most unfavourable scenario produces net costs of EUR 946 million. 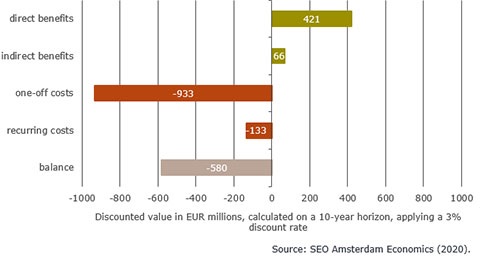 Direct benefits include reduced hassle for the limited group of payment account holders that switch banks. They express the time gained in monetary terms. The indirect benefits, in terms of efficiency gains, are expected to be low, given that the Dutch payment system is already relatively efficient. As far as costs are concerned, all parties in the payment chain – including 13 million consumers and 1.2 small and medium-sized firms – will be required to make a substantial effort to incorporate the aliases into their accounting records and systems. These one-off costs are driven by the modifications that banks, billers and large corporate users will need to make to their systems, which are relatively high. Aliases will also involve recurring costs, including those caused by the fact that payment systems will become more complex over time.

Not a suitable method

Introducing aliases only in the Netherlands, rather than throughout the Single European Payments Area (SEPA) would also meet with other objections. National laws would need to be amended, foreign market entrants would incur additional costs for operating in the Dutch payments market, and a two-tier system would be created to distinguish between domestic and foreign credit transfers and direct debit transfers. This would fly in the face of the objective of creating a single European payments market. It would also complicate non-cash payments and could cause confusion among payment account holders.

On this basis, we conclude that introducing legally enforced alias use exclusively in the Netherlands is not a suitable method for removing obstacles to switching banks. It would, however, be a good idea to assess the costs and benefits of alias introduction at a European level. Also, extending its scope beyond payments could drive up the benefits. In addition, the Interbank Switch Support Service (Overstapservice) currently offered in the Netherlands could be used more often, particularly by consumers, and further improved. This will already reduce the hassle involved in a switch.

DNB Report On Alias Use In The Payment System