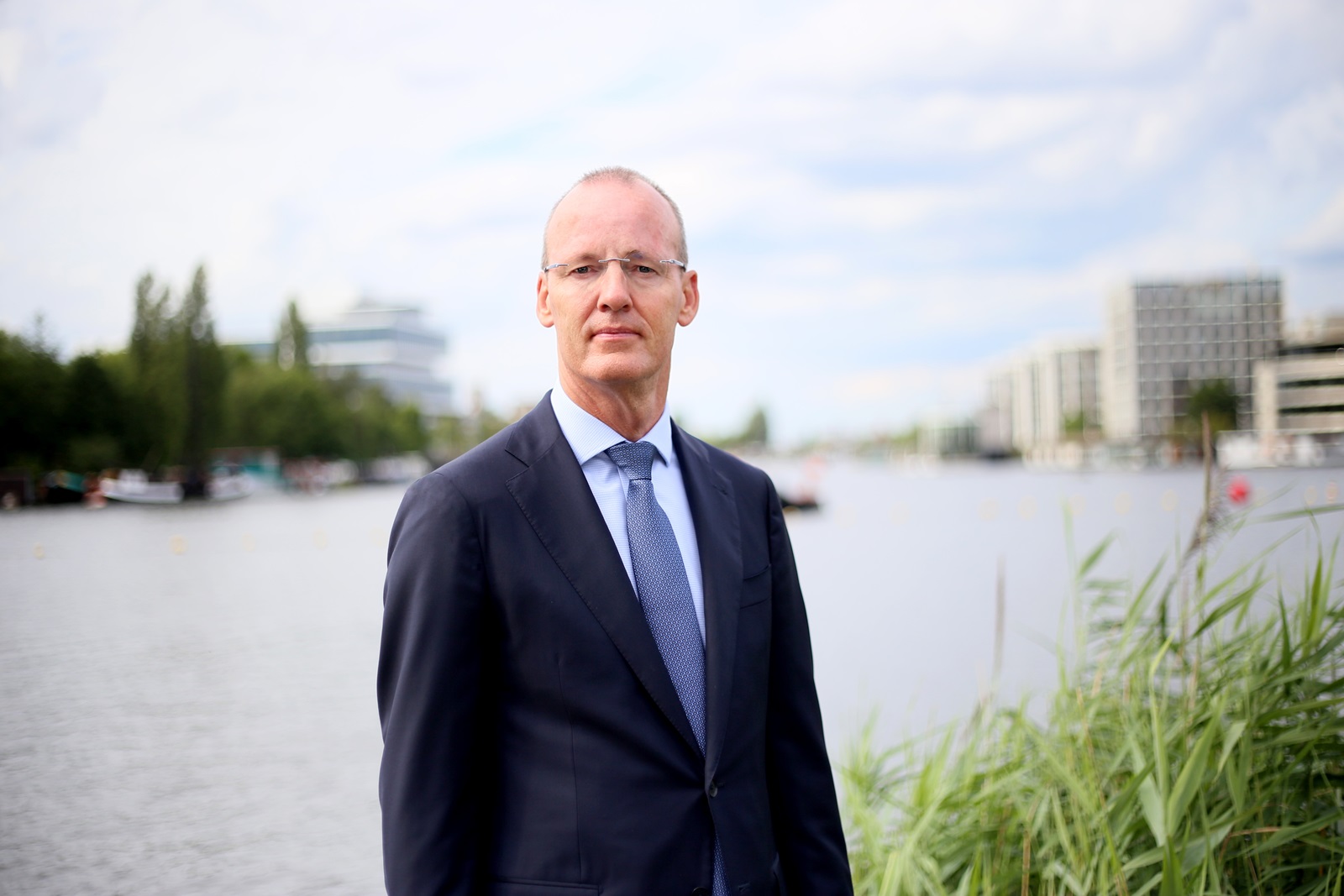 On Thursday, 20 May 2021, President of De Nederlandsche Bank Klaas Knot gave a keynote speech at the Centre for European Policy Studies (CEPS) on the subject of a green monetary policy for Europe. “The point I want to make first is that […] our democratically chosen leaders should be the primary actors for shaping our society’s future. Also when it comes to the transition to a climate-neutral society. But our governments being the primary actors […] does not mean they should do everything alone. Being the primary actor is also about building the right institutions to help achieve your democratic ambitions,” he said. He then elaborated on three arguments why central banks in Europe should take climate-related risks into account, and on three areas in which they can make a significant contribution.

It is a great pleasure to talk to you today – CEPS is a think tank of great renown.

It is a pity – of course – that we still have to meet virtually. I would much rather discuss green monetary policy with all of you in person. It would have also given us the opportunity to admire the column in front of the CEPS offices.

It is called the “Congress Column” and it commemorates the first democratically-chosen assembly of Belgium. This assembly convened in 1830 to decide on the constitution of this new country. And in doing so, it set out a vision for the future of Belgium.

The point I want to make first is that, today, just like in 1830, our democratically-chosen leaders should be the primary actors for shaping our society’s future. Also when it comes to the transition to a climate-neutral society.

But our governments being the primary actors, now or in the past, does not mean they should do everything alone. Being the primary actor is also about building the right institutions to help achieve your democratic ambitions. That is why, for example, the National Bank of Belgium was created in 1850 – and that is also why in 1998 the European Central Bank was established.

Turning to the subject of today’s meeting, let me give you three arguments why central banks in Europe should go green. In other words why they should take climate-related risks into account.

And then let me also give you three areas in which they can make a significant contribution.

So let’s start with why central banks should go green.

As you know, the primary objective of the ECB is price stability. And we know that climate change in itself can cause adverse demand and supply shocks. For instance, on the demand side, gradual global warming and extreme weather events could trigger a consumption shock. This could for example lead to more savings for hard times, or lower demand for housing in areas that are prone to flooding. On the supply side, there could be labour supply shocks caused by the loss of working hours due to extreme heat, which in turn could have an impact on agricultural productivity. And demand or supply shocks can cause higher inflation volatility.

Governments’ transition policies may also lead to inflation volatility. The most effective measure for greening the economy is adequate pricing of carbon emissions. Doing this will lead to relative price changes across sectors which may affect price stability. The greater the delay in implementing such government policies, the more abrupt the transition is likely to be. This would raise the risk of stranded assets on balance sheets and shock-induced revaluations of financial sector exposures.

Whether they are direct or indirect, all these possible, likely, or actual effects of climate change will be reflected in pricing measures. This has a direct impact on price stability. And so you can easily see that climate change falls within the monetary policy horizon.

The second reason has to do with the secondary objective of the ECB. This objective implies that it shall support the general economic policies of the EU as long as it does not interfere with the primary objective of price stability. And with the Green Deal, the EU has an ambitious climate agenda. And not only the EU of course – it is a pleasure to welcome the United States back to the table.

Finally, in addition to the primary and secondary objective, the ECB needs to integrate risks related to climate change in its own risk management framework. Central banks and supervisory authorities united in the Network for Greening the Financial System acknowledged already three years ago that climate-related risks are a source of financial risk. Since we expect financial institutions to manage their climate-related risks, the ECB should lead by example.

So those are three arguments for why the ECB is rightfully concerned about climate change.

Now, how does this translate into practice? What could central banks actually do?

As I said at the beginning, the primary actors are our governments. And with the Emissions Trading System – the ETS, European leaders have a powerful tool to achieve the target of reducing net EU greenhouse gas emissions by 55 percent by 2030.

I see three areas where central banks could proactively support reducing emissions: the first is promoting transparency; the second is reducing the carbon bias in monetary operations; and the third one is sustainable investing in non-monetary portfolios.

And that is where central banks can play an important role. On the one hand, they can enhance transparency on climate-relate risks by disclosing those risks on their own balance sheets. This would set an example and could catalyse disclosure by other financial market participants.

On the other hand, central banks may also consider making climate disclosures a requirement in their monetary operations – both in refinancing operations and in purchase programs.

Secondly, central banks could reduce the carbon bias in their monetary operations. For instance by proactively adjusting their monetary portfolios towards green assets and away from non-green assets, or by applying differentiated haircuts in their collateral framework based on climate-related issuer characteristics.

To implement this, central banks need guidance about which assets or issuers fit with the climate ambitions and which do not. In other words, it needs to be clear what is green and what is not.

The current EU green taxonomy partly provides for this as it indicates what a green economic activity is. However, the taxonomy would be even more useful if it also indicated what activities are significantly harmful to the energy transition. So I am happy with the European Commission’s plans to broaden the taxonomy in this regard.

Reducing the carbon bias in its monetary portfolios is part of the ECB strategy review. And this raises important issues. To name one, the corporate sector purchase programme is based on the concept of market neutrality. This means that a “market capitalization weighted benchmark” is used. Currently, carbon-intensive sectors are heavily represented in the ECB’s purchase program.

The question is, though, how neutral is a weighted benchmark when it neglects market failures? And the market failure we are currently witnessing is that the external cost of carbon emissions is unaccounted for. This way the concept of market neutrality may not be supportive of the ECB’s primary and secondary objectives. Even more so, a market failure that distorts relative prices could be a reason to use other benchmarks – benchmarks that better reflect climate-related risks and externalities. Such benchmarks would provide central banks with objective metrics they could use to tilt their portfolios to greener assets.

A trusted, easy-to-implement, and more granular taxonomy, together with benchmarks, can help addressing the carbon bias.

Thirdly, central banks could step up their efforts to make their non-monetary portfolios more sustainable.

Today, they manage their non-monetary portfolios under much less restrictions than their monetary portfolios. To step up their efforts, central banks could identify the climate-related risks and opportunities of their non-monetary portfolios and make these investments more sustainable. This could range from investing in green bonds, to aligning equity portfolios with the goals set out in the Paris Climate Agreement. Fortunately, we see more and more central banks looking to adopt the Principles for Responsible Investment – which means integrating environmental, social and governance criteria in investment decisions.

If you left the CEPS offices and took a right, it would take you just five minutes to arrive at the Belgian Federal Parliament and the Royal Palace. Between them is the Warande Park. The very site where in 1830 the Belgians fought for their independence from the Dutch.

As a national motto, the young Belgians chose: “Strength in unity”. “Eendracht maakt macht” in Dutch, or “L’union fait la force” in French.

Thank you, and I look forward to the discussion.